Modern fashion dictates its rules, and if 30 years ago women in the stores I bought two jackets: warm and thin, now there are many versions of this outerwear, Alaska, parkas, jackets, anoraks, Norfolk and incredibly popular several seasons of parks. 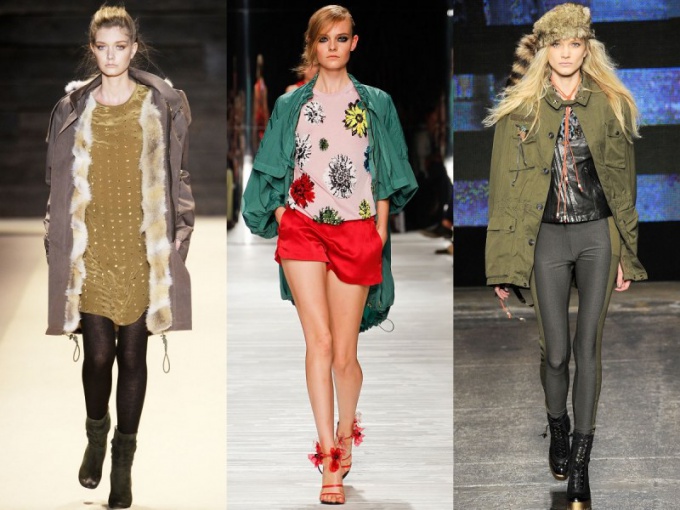 The word "Park" was originally used in Nenets language to refer to traditional outerwear of the people living along the coast of the Arctic ocean. Looked this article of clothing like a jacket made of fur pile out, in addition, it was often tied at the waist with a drawstring made of leather. After mastering the Northern latitudes Russian travelers, the word has migrated into the Aleutian language and came into use.

So the term Park entered the territory of North America, and after 50-ies of the last century it was used to denote warm jackets with fur trim hood. At first it was form of pilots of the air forces of the United States, but because military style is often popular among the civilian population, this jacket has spread everywhere.

What distinguishes the Park from the usual jackets

The Park is often confused with other types of jackets, which is understandable, since the main objective of all versions of this outerwear to protect against cold, wind and rain. But, for example, wear the anorak over his head, and it serves mainly as a windbreaker. However, the difference between Alaska and parcoy not so obvious is the two warm jackets with hoods. But, first, as a rule, made in sporty style, often have bright color, and the second because of its military background are often equipped with accessories and furniture "under the army".

In addition, modern parks, which have become so popular among young people, have colors characteristic of directions of military – khaki, safety green, marsh, and, of course, no one now sew those jackets with the fur outside. Another feature of the parks is the presence of a drawstring or sewn drawstring at the waist allows you to adjust the waist size.

Modern fleet perfectly combined with any clothes in casual style and basic things in the wardrobe. However, lovers of directions boho and preppy even can complement your look like this jacket. It is worth noting that the original parks were exclusively winter outerwear, but now they have become the highlight of spring-summer collections of leading designers.

These jackets are lighter, but not lost volume, there are even summer options with cropped sleeves and thin padding, often made of material of contrasting colors or fabrics with bright print. Remained unchanged a few things – the presence of a hood, multiple pockets, drawstring at the waist and length to mid-thigh.
Is the advice useful?
Присоединяйтесь к нам
New advices