The Latin language in the times of the mighty Roman Empire was the main language of many of the Imperial provinces and regions. In the Middle ages Latin was written scientific and literary works. Latin is the mother of many European languages. 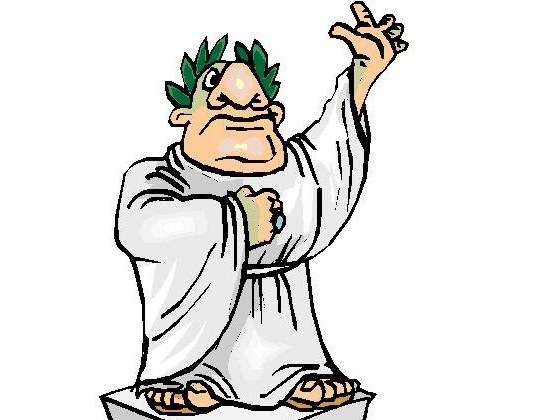 Related articles:
Latin sayings for centuries cited in many of the languages of the world. Already long gone the Roman Empire, but a literary creation (Proverbs, sayings, expressions) of its writers is as eternal as Rome.

The value of the Latin language

Centuries ago rightfully educated man is the one who knew how to write and speak in Latin, and also knew the famous works of ancient writers. Written in Latin the famous saying of French mathematician and philosopher Rene Descartes: I Think, therefore I exist (Cogito, ergo sum). And today, for the most part, scientific terminology used Latin.

The most famous Latin maxims

Often Proverbs, originally appeared in another language, were widespread and popular after the translation into Latin. This files most often translated the Greek expression, because as you know, Greece has captured the conqueror. Below are the most well-known sayings with translation into Russian.

Many sayings came into Latin from other languages.

Per angusta Ad augusta - through difficulties to the stars. Everything that has value has to go the hard way. Amicus certus in re incerta cernitur - a true friend is known in trouble. Duabus sellis sedere - to sit on two chairs.


Asinus Buridani inter duo prata - Buridan's ass between two meadows. So they say about a man who can not make a choice. Auri montes polliceri to promise mountains of gold. Catch phrase means "to promise the impossible", and its appearance is connected with the rumors about the infinite riches of the Persians. Supposedly had mountains of gold.


De gustibus non est disputandum - no accounting for tastes. A very popular expression, which came in Russian language from Latin. Divide et impera - divide and conquer. A kind of ancient principle of management. At all times rulers tried to divide kindred peoples, to keep them in subjection. Veni, vidi, vici - I came, I saw, I conquered. Imperishable dictum of the famous Caesar's used in everyday speech today.


Elephantem ex musca facere - to make mountains out of molehills. Ex malis eligere minima - of evils to choose the lesser. Ex ore parvulorom veritas - the mouth of Babes the truth. Festina lente - make haste slowly. In vino veritas - truth in wine. Ne quidquid credes resplendet ut aurum "aurum" all is not gold that glitters. As they say, a whole galaxy of borrowing.

Many Russian Proverbs are borrowed from Latin.

The Latin language gave the world many imperishable sayings and aphorisms, many of which were borrowed in the Russian language. Latin's dead as a separate language still continues to live in the writings of the great ancient and European writers and scholars.
Is the advice useful?
See also
Подписывайтесь на наш канал