The benefits and harms of soy protein

Soy protein is often present in various products. Many people choose to replace with it meat. In recent times discussed the benefits and harms of this product. 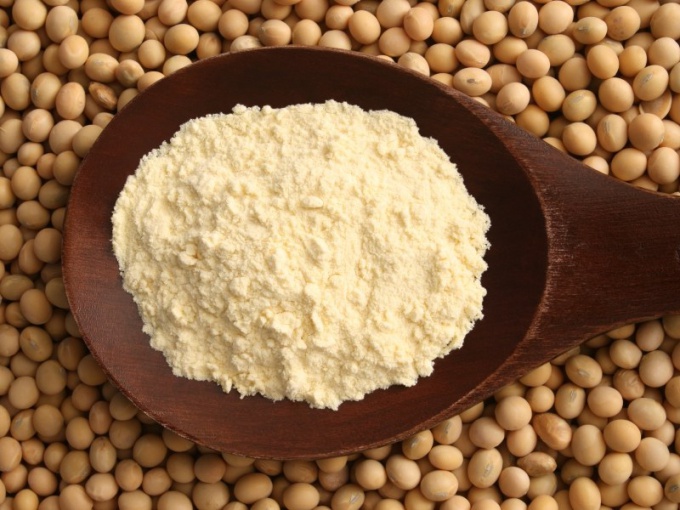 The benefits of soy protein

If conditionally to consider the perfect protein (the optimum ratio of biological and nutritional value of the product), wheat protein gain of 58 points out of 100, cow's milk – 71, Soi 69. The soybean protein may be noted in a great combination of amino acids.

Indeed, soybean is useful not only nutritious and nutrients, but also healing. For example, soy contains phytic acid, genistein, isoflavones. It is worth noting that the isoflavones are a special compound, which in its structure similar to estrogen. They effectively prevent the development of hormone-dependent cancers. In turn, genistein is a substance that is capable of in the early stages to prevent the development of many cardiovascular diseases and cancer.

Products that manufactured soy-based, are recommended for the treatment and prevention of many diseases (allergies to animal protein, diabetes, gallstones, kidney disease, liver disease and other ailments).

One of the most important and useful components contained in soy protein is soy lecithin.

Choline and lecithin play a very important role in the development and condition of the human body.

These substances are involved in the recovery and repair of nervous tissue and brain cells. They are responsible for functions such as motor activity, sixpence, recognition, memory, learning, concentration, planning, thinking, etc. they Also regulate the level of cholesterol in the blood and helps in the metabolism of fats. Using these substances specialists treat the following diseases: premature aging, memory problems, atherosclerosis, glaucoma, muscular dystrophy, liver disease and gall bladder, diabetes, Parkinson's disease and Huntington.

The harm of soy protein

Some experts say that soy protein leads to shrinkage of the brain. This theory is confirmed by documented research. This fact is due to the fact that soy products contain phytoestrogens. Their main component serve as isoflavones. A substance which in its structure similar to sex hormones of mammals. So, Dr. white believes that these substances are basically competing with natural estrogens for the receptors in the brain cells.

In Honolulu was carried out epidemiological studies that have shown that soy phytoestrogens often lead to vascular dementia. However, the final role of steroids in the Central nervous system to find out more failed.
Is the advice useful?
See also
Присоединяйтесь к нам
New advices