How to knit baby purse hook

Who else loves all kinds of jewelry, but women? Of course, this little fashionista. Make a child very beautiful and easy to handbag. It can bind absolutely any beginner. 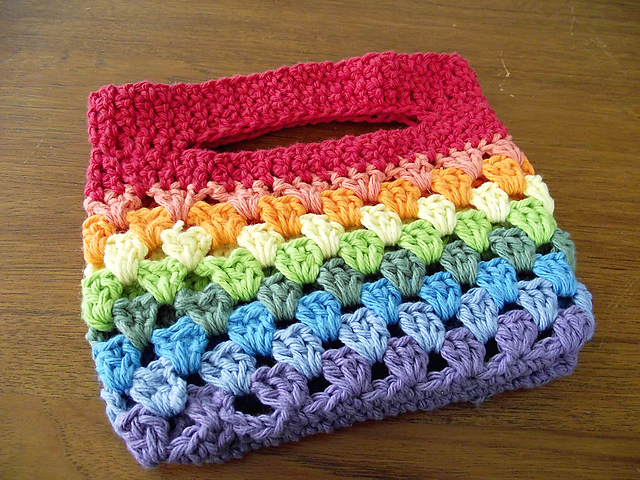 After gaining the necessary number of stitches, you should knit into the column without nakida in the second loop from the hook, that is, 50. So knit until end of row, i.e. in each loop of SC. Then formed a circle. I think everyone knows how to finish the series, but let me remind you are finished the first and the last loop to the column without nakida. All the following ranks, respectively, are knitted in a circle.

Then begin knitting the item, which will be the future purse. This element is called "shell". It is very simple: SSN 3 promazyvaetsya in the same loop or gap. The initial "shell" will always be different from subsequent the fact that it is first necessary to gain 3 VP and then knit into the SSN. Is their not 3, but 2, so that the air loop play the role of a SSN.

So, knit the initial "shell", then skip 2 loops and again are finished our main item. Do not forget that from the beginning of the series element promazyvaetsya in SS. So should be done before the end of the series. Always remember about the connecting column at the end of each row. In the end you should have 17 "shells".

2nd row should be knit like this: navigate through the SS on the "shell" before the start of the interval between the first two elements. Then, respectively converting the initial "shell". Just not in the loop, and in the gap between the elements. So to continue to the end of the series. All subsequent rows to 8, inclusive, you should knit it so, that is, as 2.

12-14 ranks: recruit 1 VP and prevasive all the rest of the loop to the end of a number of SBN.

Finish. It remains only to sew the bottom of the purse hidden invisible seams and hide the ends of the thread. Our product is decorate to your taste.
As you can see, this model handbags is very simple and accessible. Treat your child.