Why Germany was divided into West Germany and East Germany

In may 1945, after the end of world war II, Germany has ceased to be a single state. The countries involved in the coalition, decided to divide the country into zones of occupation. Subsequently, in the territory inhabited by Germans, were created two independent States – the FRG and the GDR. 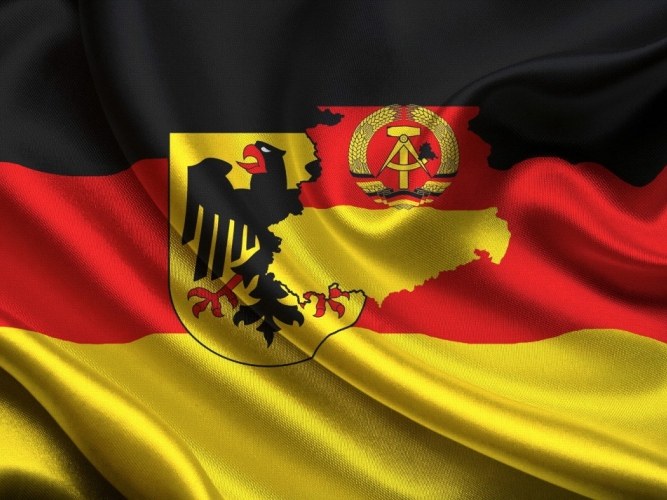 The Occupation Of Germany

At the end of may 1945, the territory of the former Nazi Germany was divided into several parts. From Empire moved Austria. Alsace and Lorraine returned under the protection of France. Czechoslovakia got the Sudetenland back. Statehood was restored in Luxembourg.

Part of the territory of Poland annexed by the Germans in 1939, returned to the group. The Eastern part of Prussia divided between USSR and Poland.

The remainder of Germany was divided by the allies into four zones of occupation, where the control carried out by the Soviet, British, American and French military authorities. The countries that took part in the occupation of the German lands, agreed to conduct a coordinated policy, the main principles of which was the denazification and the demilitarization of the former German Empire.

Several years later, in 1949, in the American, British and French zones of occupation was proclaimed – the Federal Republic of Germany, the capital of which was Bonn. Western policy thus planned to create in this part of Germany the state, based on the capitalist model, which could become a springboard for a possible war with the Communist regime.

The Americans provided considerable assistance to the new bourgeois German state. With this support, Germany quickly began to turn into an economically developed state. In 50-e years it was even said about the "German economic miracle".

The country needed cheap labor, the main source of which was Turkey.

How did the German Democratic Republic

The answer to the creation of the FRG was the proclamation of the Constitution of the German Republic GDR. It happened in October 1949, five months after the formation of West Germany. In this way the Soviet government decided to resist the aggressive intentions of its former allies to create in Western Europe a kind of bulwark of socialism.

The Constitution of the German Democratic Republic proclaimed its citizens democratic freedoms. This document was also enshrined the leading role of the Socialist unity party of Germany. For a long time the Soviet Union supported the government of the GDR's political and economic support.

However, the pace of industrial growth, the GDR embarked on the socialist path of development significantly lagged behind its Western neighbor. But this did not prevent East Germany to become a developed industrial country, which also was intensively developed agriculture. After a series of rapid democratic transformation in the GDR the unity of the German nation was restored, on 3 October 1990 West and East Germany became a unified state.
Is the advice useful?
Присоединяйтесь к нам
New advices