How to use a condom 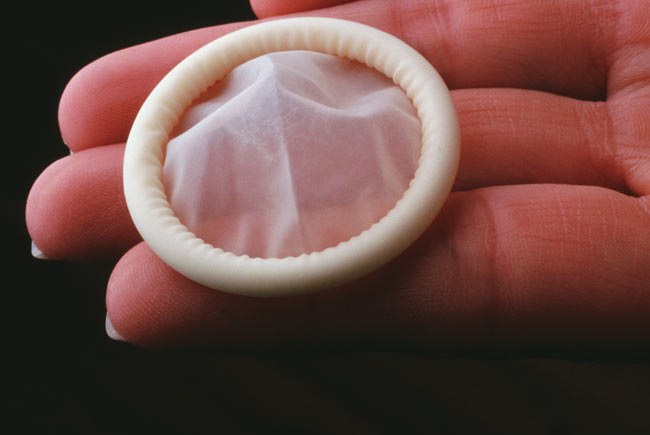 How to choose a condom

Manufacturers of condoms offer a huge selection of these products. As a rule, the most common condom has on the packaging the words "Standard" or "classic". Some companies produce products of larger size marked XXL. In the range there are condoms with particularly thin walls or anatomical shape - to enhance the naturalness of the sensations. For extra protection use a condom with spermicidal jelly, well protected from pregnancy even if the product is torn. Extra strong condoms with plenty of lube used during anal sex. Also there are articles with bumps, ribs and raised stripes for added stimulation. Additional feelings bring colored and flavored condoms. And some products are even glow in the dark.

The first condom was used before our era. In the Cairo Museum of a condom Pharaoh Ramses I.


How to use a condom

The product should be put on before intercourse, as even before ejaculation from the penis can stand a certain amount of semen. First, the tip of the condom - spiropent - squeeze with two fingers to get the air out. The rolled condom is placed on the head of the erect penis and unroll towards the base. The condom must remain on the penis throughout intercourse. A good product practically is not felt. After ejaculation remove the penis carefully, holding the condom at the base.

Despite the fact that condoms are very durable, they are easy to break with a sharp ornament or a long fingernail.

You can't use condoms along with the lubricants on fat basis. Any oil destroys the latex, which is made of most condoms. You also can not wear two condoms at once for greater protection - so between the two products will occur friction, leading to the opposite effect. For a long sexual intercourse can take a couple of condoms if the product has lost lubrication or started rubbing, it needs to be replaced. Some people may be allergic to latex. It manifests itself in the redness of the genitals, itching and burning, sometimes there is dermatitis or urticaria. In this case, you need to find alternative methods of protection.
Is the advice useful?
See also
Подписывайтесь на наш канал