How to cook Bouillabaisse of perch

Ukha – traditional Russian dish, which is especially tasty on the nature of the freshly caught catch. Among other fishes to cook soup suitable perch is a small freshwater fish with tender meat, which yields rich, and most importantly, clear broth. 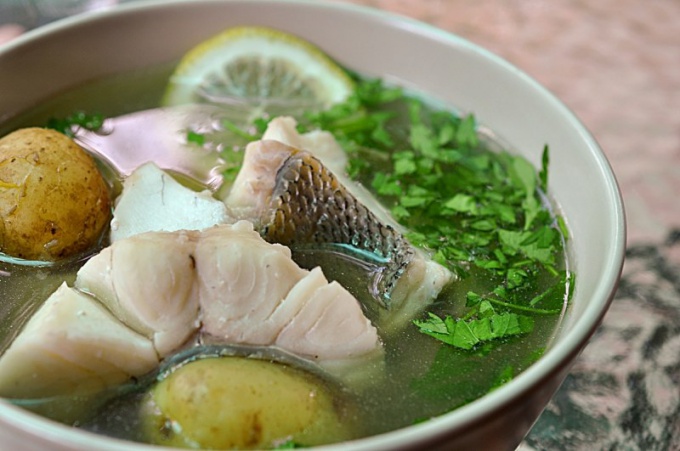 Ear of perch with tomatoes

Ear for this detailed recipe will appeal to those who like dishes with a bit of sourness. That taste will give ear fresh tomatoes, dropped to her shortly before the end of cooking. To make this first dish you will need:

If you want to make a really delicious soup, cook it from fresh fish.

Perch clean from scales, gut and remove them from the gills, or ear get bitter. Then rinse the fish under running water, add to the pan and add the cleaned parsley root and peeled onions. Pour enough water and bring to a boil. After that, remove the foam, add salt and simmer for 20 minutes.

Boiled fish put on a plate, onions and parsley root throw, and sieve the broth. Put it on the fire and bring to a boil. Place a coarsely chopped potatoes and cook until tender. 5 minutes before the end add in soup, allspice and Bay leaf. Then put in it the tomatoes, making them a deep cruciform incision.

The secret to a tasty soup is also to cook it in a stainless pot over very low heat, but do not close the pan with a lid.

After a couple of minutes again, remove the foam, turn off the heat and toss in greens ear. Cover and let stand 5 minutes. Then pour into plates and put on the table. Ear serve cooked snapper, cut into three pieces and sprinkled with fresh herbs.

Perch clean & gutted. They cut the fins, tail and head, and then put it all in the pot. Add peeled onions, whole carrots and parsnip root. Cover with cold water and bring to a boil. Remove the foam, add salt and cook 15 minutes on low heat. Then vegetables, roots and parts of fish discarded, and the broth strain through cheesecloth.

The broth return to a boil, place the remaining fresh fish and cook for about 10 minutes, skimming off foam. Then add the broth, coarsely chopped potatoes and cook until tender. Put the spices, pour in the vodka and simmer for 2 minutes. Turn off the heat, put the greens and give ear to stand for a few minutes. Serve with black bread and a slice of lemon.
Is the advice useful?
Подписывайтесь на наш канал