How to get rid of couch grass

Creeping wheat-grass is the real enemy of farmers and gardeners. This plant has a strong root system that is deeply rooted in the earth. If this weed is not eradicated completely, Wheatgrass can grow from even small root. 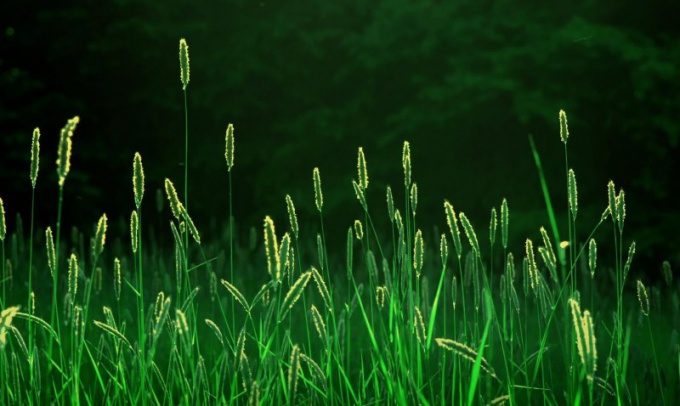 Get rid of couch grass with chemicals

In the fight against this weed effective herbicides of continuous action. It is better to use glyptodontidae funds, for example, "Glyfos", "Uragan Forte", "Tornado", "Glyphosate", etc. the Most favorable time for applying a chemical preparation – period, starting from the tillering of the weed to its heading.

Wheatgrass reproduces by seed and rhizome.


After application of the chosen drug on the leaves or stems of the Wheatgrass is absorbed by means of a plant for 4-5 hours. After 5-7 days chemical reaches the root system and spreads to other parts of the plant, resulting in disturbed synthesis of amino acids and Wheatgrass begins to die. Usually, to completely destroy the weed, it will take 2 to 3 weeks.


Trapped in soil chemical drug quickly loses its activity, and after a time decomposes into natural components. Although it is not recommended to apply herbicides more than 1 time in 2-3 years.

The most effective folk methods of dealing with Wheatgrass

Homeland is the ground, it is recommended to choose carefully all the roots of couch grass, not leaving even the smallest pieces. For greater efficiency put on his land should be divided into several sections (this will facilitate the process of combating couch grass). Each such area is treated carefully, and its boundaries sprinkled with 6% vinegar. This procedure is recommended to perform twice a year: early spring and autumn, after the harvest (this is very effective, next spring, this weed will not make themselves known).


To reduce the viability of remaining in the soil the roots, dug on the site is recommended to put the zucchini, oats, corn, buckwheat, alfalfa or peas. The norm of seeding should be increased by 10% - 15%. The root system of these plants will not grow weed, so the grass will soon die.

A similar effect have dahlias.

To get rid of the weed will help the cardboard. In early spring the land where "settled" wheat grass, are covered with cardboard, poured on top a small layer of soil (7-10 cm) and seeded it with plants with small root system, for example, it may be dill or other greens. The roots of couch grass due to shortfall of light will decompose, and so the weed will die.


Another effective way is to cut the green wheat grass with ploskorez Fokine (this is not to damage the root system of the plant). This procedure should be done every 5-6 days without receiving food, the roots will begin to deform and the plant will die.
Is the advice useful?
See also
Подписывайтесь на наш канал