Why pregnant women should not sew

Pregnancy is one of the very important periods in a woman's life. And, despite the fact that pregnancy is not a disease, many women begin to behave very strangely. Some break down into tears, others appear unusual wishes and preferences, and some even start to believe in different omens. Superstitions associated with pregnancy, quite a lot. For example, one of the most popular – the ban on sewing. And explain why is it that pregnant women can't sew (or knit), may not all. 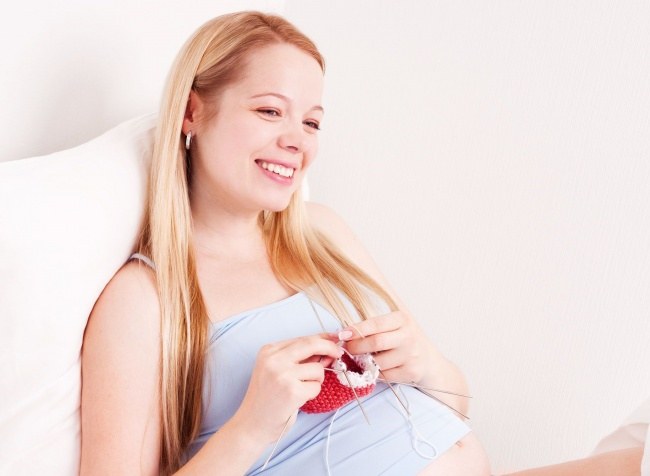 Related articles:
Many superstitions associated with pregnancy, are simply absurd. But in this case, the weirder and sillier they are, the more woman to believe in them.

Paradoxically, it is in the pregnancy a woman more most drawn to do crafts – knitting, sewing and of course stitching. And then the expectant mother is faced immediately with a huge number of superstitions, after which get off the couch will not want, not to take up needle and thread.

Cravings pregnant to knitting and sewing to explain is quite simple. First, this lesson quite well and fast the nerves. A nervous lady in the position often and a lot, because of hormonal changes do not give to relax literally for a minute. Secondly, it's a chance to update your wardrobe and to sew the trousseau for the child. Thirdly, it is a way to reveal their talents.

Doctors assert: the need for sewing and other needlework in pregnant women is associated with the syndrome of breeding. During this period, all systems of the body women are on the house and create a suitable atmosphere for the baby.

However, at the moment when a pregnant picks up scissors, needle and other attributes that are necessary for sewing, there will definitely be someone in their authoritative opinion declares that she can't sew. And the reason for the ban, the child will be entangled in the umbilical cord. And this leads to the fact that the child is choking, and what it can lag behind in development, because lack of oxygen and other nutrients.

In this situation, the impact this statement will have even naseberry lady. After all, the right would have the mother risked their health, but risk the well-being and development of the baby she can't. In the result threads are delayed indefinitely.

Another sign associated with sewing during pregnancy, says that if the mother is sewing, patching, etc., the child will be birthmark in a prominent place.

Doctors, of course, put all these speculations to harsh criticism and sometimes even laugh at how insecure women are. However, to convince the ladies pretty hard, and they continue to believe in the mystical harm from sewing.

In General, sewing is a wonderful way of spending leisure time by young mothers. However, they should bear in mind that doctors do not forbid to sew, but put some limitations to this process. And they are all associated with prolonged sitting.

In the second half of pregnancy significantly increases the load on the spine. This is connected with the rapidly increasing growth of the fetus, and all related body systems. As a result, the woman may feel pain after even a short sitting. In addition, at this point stagnation of blood in the pelvic organs. As well as during pregnancy venous outflow worsens, the probability of occurrence of hemorrhoids.

Doctors have made a number of recommendations that must be performed for pregnant women in any situation to avoid stagnation of blood and relieve the spine. They must be performed, then the body is not satisfied of surprises.

Definitely need to sit correctly and evenly. Back and neck should be straight, and legs bent at the knees. If you need to lean over the machine, try to do it with a flat back. All the necessary things in place so that they could easily reach.

Remember that sitting for a long time also is not recommended. Try to periodically get up and walk around the house. The ideal ratio of 45 minutes he sat, then 15-30 minutes was like. If at the break you go outside padyshata fresh air, will do fine.

Stitching during pregnancy. But only if you follow all the recommendation and policies developed by physicians.
Is the advice useful?
See also
Подписывайтесь на наш канал