How you can replace the F chord

The worst thing to face beginners-guitarists – is Barre. The group of chords in which one finger clamps all the strings at once to tune. In easy songs Barre is rare, with the exception of the chord is F. fortunately, the music is rich with sounds, and not to complicate their lives and the harmony of the melody, you can use alternative versions of the game. 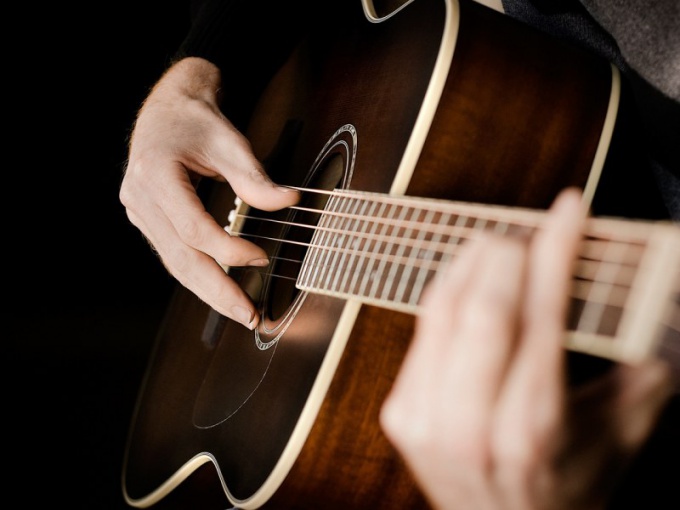 Related articles:
You will need
Instruction
1
One of the most obvious ways is to replace the F chord with the so-called "partial Barre". Under this option, the index finger grips only the first two strings first fret. The other fingers remain in the same position as if you were playing the full version of the chord: middle finger third string second fret, ring and pinky for the fourth and fifth the third fret respectively. This accords with the fact that when playing the difference in sound will be almost imperceptible to an ordinary listener. However, budding musicians rarely use it, so as discomfort in the fingers prevents enjoy your own game.
2
The easiest and most popular option is to replace the F chord on the chord of D. In principle, for a beginner who plays for himself and strives to learn as many songs as possible in a short time, this is a real find. But we should remember that the sound quality in this case is noticeable worse. Moreover, a situation may arise when in-tune chords D and F will follow each other, so be careful. As they say, play, but do not overdo it.
3
If you love to beauty of sound combined with ease of solution, an ideal option for you would be used in place of "annoying" chord ordinary pause. Yes, don't be surprised. The use of such "tricks" will only enhance your game play and you will hear the melody under your fingers making a new sound.
4
All of these methods, of course, is good, and for the sake of experiment it is possible to play them on his guitar. It is possible that in this way you will discover a new sound which will continue to use as your "chips". But remember, a real guitarist will never neglect chords on Barre, as much as not hurt the calluses on his fingers.
Note
The guitarists, unlike musicians who play piano, it is customary to number the fingers, starting from index and ending with the little finger. It turns out only 4, not counting the large, as it is not involved in the game.
Useful advice
If you do decide to learn to play the original version of the F chord, remember, the important thing is to first find the right, comfortable position for you. To do this, try to clamp the strings close to the nut and keep the thumb behind the neck was opposite the index.
Is the advice useful?
Присоединяйтесь к нам
New advices