In the treatment of liver diseases widely used drug "Kars". Its effect is to reduce toxic injury of the liver cells and optimization of their recovery. Part of the "Kars" is the active ingredient silymarin. 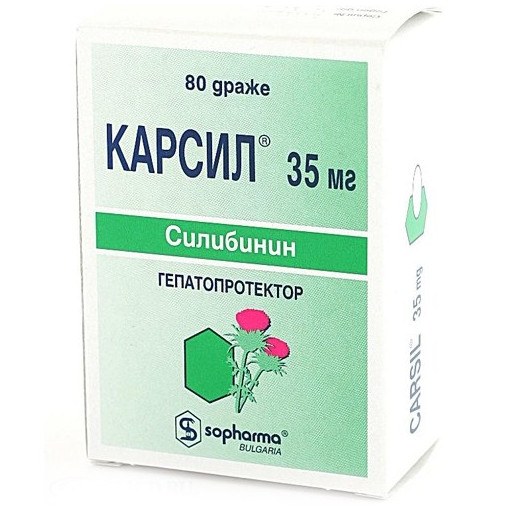 Each pharmaceutical company before to withdraw the product to the market, gets the patent for the brand drug. This is done to increase trading profits, and in order that the consumer can distinguish the drug from this company, among many similar drugs.

Enterprises quickly oriented to the market of drugs, and having modern research base, manage to secure for themselves the right to produce the drug under the name matching the name of the active substance and all the others can only produce analogues of this drug.

In all analogues "Kars" is the active substance of silibinin.

The health Ministry issued a decree according to which the doctor appointment can not specify the name of the drug, but only its active ingredient. In this case, the consumer before you purchase the drug at the pharmacy, have to collect as much information as possible about him to have an opportunity to focus on this issue and choose the best option medicines. The difference can be in the country of origin of the drug and pharmaceutical manufacturer, but often analogs can differ significantly in price – both upwards and downwards.

Similar To The "Kars"

In medical practice, a few hepatoprotective drugs of number with different names, the active ingredient of which is silymarin. These drugs have the same characteristics and is similar to the "Karsilom"

All analogues "Kars" have the ability to restore the liver and stimulate its function of cleansing the blood in the body.

"Levasil" also hepatoprotective drug, on the basis of the active ingredient silymarin. Besides, the product contains b vitamins which help to repair liver cells and speed up the recovery of the hepatic parenchyma from the toxic poisoning, and activate its detoxification function.

Welcome "Levasil" is shown in the cirrhosis of the liver, its fatty infiltration also possible to apply it for the prevention of alcohol intoxication to enhance the cleansing blood of the liver.

"Legalon" is another equivalent for "Kars". It is based on the active substance silymarin, the herb milk Thistle, and silibinin. Together, these components is able to provide a good regenerating effect on liver cells. The effect of the use of this drug demonstrates improvement in biochemical parameters of blood. Includes drug in combination of complex therapy of various poisoning of the organism in case of severe hepatic dysfunction.
Is the advice useful?
Подписывайтесь на наш канал