How to draw a comet with a pencil in stages?

Comets have always excited the imagination of people. This looks strange star with a tail appeared from nowhere in the sky. So thought the inhabitants of the Earth, that comets foretell them all sorts of misfortune. Now astronomers warn of the approach of such space guests, but the comet did not neither less mysterious nor less beautiful. 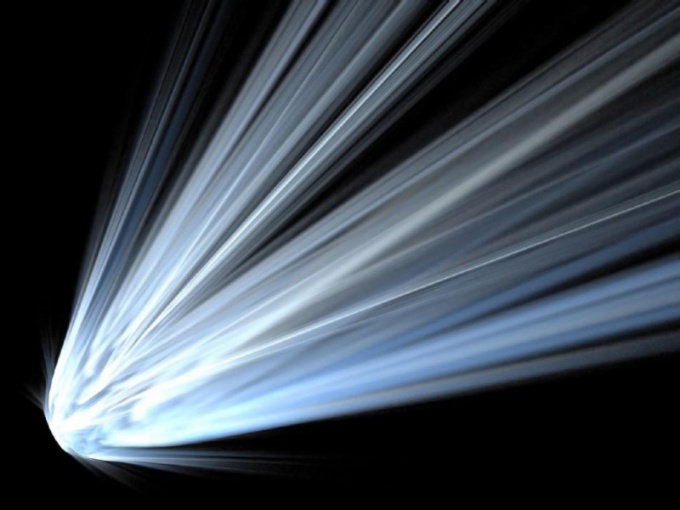 The word "comet" (in some Slavic peoples into a "Kamet") in Greek means "hairy star". That is, it is a star, consisting of two parts – body and tail, and the tails can be several. To draw the visitor from the depths of space a solid start with a simple pencil. The sheet lay as you wish. To start drawing step by step, put somewhere closer to the center of the sheet point.

You can first sketch out the direction of the tail, and then to determine the position of the other parts. The tail is a curve of arbitrary shape.

The comet is usually drawn in the form of a star, but it is not necessary. Around the point draw a circle. Many space objects have the shape of a ball, so why comet can't be that? From the ball leaves the tail or more – divergent curves, one of which may be longer than others.

On the sketch it is enough to indicate only the outline of the tail.

Stars are usually visible at night, in the dark sky. If you paint with watercolors, start with a fill – moisten the sheet with water using a foam sponge, being careful not to go beyond the contours of the comet. Pour a sheet of black or dark blue paint can also use a sponge or a soft wide brush. Let the sheet dry. Comet draw a white, bluish, yellow or silver paint.

Most often the comet drawing in the form of a star. The number of rays may be any of the four. To draw a four-pointed star, draw a cross. It can be both direct and oblique. At each end draw an arrow, continuing each line until the intersection with coming from a different angle.

You can also draw a classic five-pointed star. A Christmas card should be six-pointed star. That it turned out, first draw a cross, and then through the intersection point spend another line. At the ends draw the arrows the same way as when you draw a four-pointed star. As for the tail, it is a curved line that starts at a small distance from the body of the comet.

If you have a velvet paper and pastel crayons, you do not need to pour paint background. Select a sheet of black or dark blue. Draw a circle or a star on the dark sheet, it is best to draw a white pencil, but you can just fine. Paint the body of the comet. The tail can draw longitudinal or cross strokes without making a preliminary sketch.
Is the advice useful?
See also
Присоединяйтесь к нам
New advices