What irritates women in men

Man when meeting with an interesting woman trying to appear perfect in front of her. But the views on the ideal the sexes usually differ. What a man can assume best quality, the woman does not accept. Conversely, a guy can try to hide some of his deficiencies, and in the eyes of the girl they will look advantages. 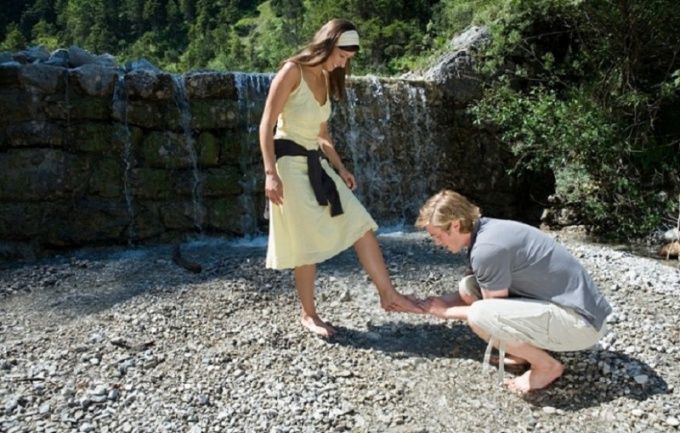 The exaggeration of their status in society

Men to charm the fairer sex, can immediately begin to throw dust in the eyes. They can talk about high income, its businesses, homes, yachts. This guys are on a date wearing an expensive suit, take a mobile phone with the latest model purse is stuffed with money. But not always, the image created by man to meet, is true. A woman feels false. Bragging will only alienate the girl from this man.

Playing businessman, a man needs not only to wear a suit, but to blend with it internally.

The man, unsure of himself, can begin to "rise" above other men due to their criticism. Women do not like such behavior. Instead of doing knightly deeds, the guy is behaving ugly, the lady is revealed as a scoundrel, a fool, a loser and a weakling.

If a man has enough money he thinks that everything can be bought, including the woman. The representative of the stronger sex can do for the lady expensive gifts, and then require her complete submission. Some women can arrange such kind of relations, but not all. Men should remember that their true love woman gives for free. But such blatant bribery at the very beginning of a relationship a girl can be annoying.

For women it is important that the man behaved delicately and courteously. Long gone are the days when the man grabbed the woman by the hair and dragged her to his cave. So no need to treat a woman rudely, showing peasant nature and strength.

Boorish behavior can only tolerate women who do not self-respecting. True lady will not remain with a man like that for a minute.

At the same time ladies do not respect a sign of weakness, whining guy. A woman can tell you about problems, sharing with you as "girlfriend", but she subconsciously wants you to react to it knowingly and even helped with it like men. But in any case not started in response to lay out their problems, howling and sobbing.

Cohabitation is usually compounded by the negligence of men. Women are familiar scattered around the house socks and clothing. In this case, going to work, the man can claim his sweetheart. He sincerely believes that once a woman - a homemaker, she must know where in its territory its things.

Often women watching football, hockey, Boxing becomes a real challenge. A man can not bear to watch. He shouts, jumps up constantly and periodically, pours out such a stream of abuse that women just want to disappear from home. In addition, ladies do not always like attributes such as beer, cigarettes, Newspapers. A favorite by many men fishing together with drinking intoxicating beverages, it's rarely annoying women.
Is the advice useful?
Подписывайтесь на наш канал