How to recognize appendicitis in a child

Inflammation of the vestigial appendage called the Appendix, most commonly found in adults, they have the same easier to diagnose this disease. If appendicitis occurred in a child the clinical picture can be very blurry, in addition, diagnosis is difficult that children can't always tell what and where they hurt. 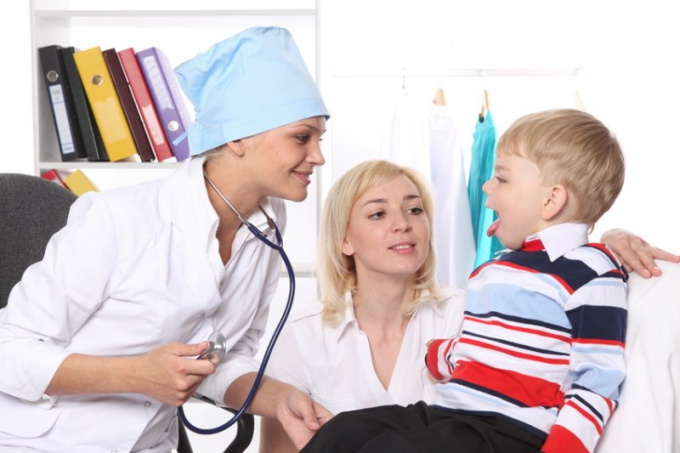 Related articles:
All this, plus the fact that most of the symptoms of appendicitis are characteristic for other problems with the gastrointestinal tract leads to the fact that to determine appendicitis at an early stage in a child can be very difficult, especially at home.

If appendicitis to diagnose and treat fails after some time, the Appendix can burst, after which all its contents fall in the abdominal cavity, causing a strong inflammation. It can even lead to death of the patient. That is why it is very important to pay attention to any ailments, especially in children.

The symptoms of appendicitis

Abdominal pain, especially in the right part of the bottom, loss of appetite, sometimes accompanied by nausea and vomiting, in some cases, diarrhea, or conversely constipation, fever and similar symptoms.

Pay attention to such signals as difficulty walking, pain when coughing, sneezing, jumping, driving the car over bumps.

Often these symptoms may be mild in nature, some may not appear at all. In addition, all these symptoms are also typical of gases, overeating, food poisoning and other diseases. Therefore it is not necessary to act independently when there is any suspicion, you should immediately seek medical help.

About inflamed Appendix shows the continuing and gradually increasing abdominal pain, which can last even several days. You can confirm the diagnosis with pressure. Put the child on the back, ask to bend legs in knees, and then lightly press down on lower right abdomen and release. When you release the pain becomes much stronger than during the depression, is typical of appendicitis.

Remember to press down very carefully, so as not to cause rupture of the Appendix. To entrust this work to professionals.

In the hospital to recognize such a disease as appendicitis is much easier. This can help ultrasound diagnosis, General blood and urine analysis. The probability of error in this survey - only 5 %.

Treatment is only by surgery. Doctor under anesthesia removes the inflamed vestigial. If there was no rupture of the Appendix, it is a rather simple procedure with a minimal recovery period.

In that case, if the peritonitis could not be avoided surgical intervention becomes deeper, as the doctor will have to remove from the abdominal cavity all foreign objects that managed to get into it. Postoperative recovery also will take longer because of antibiotics.
Is the advice useful?
See also
Присоединяйтесь к нам
New advices