Do I have to roast the buckwheat before cooking

Many young Housewives do not suggest that early, before make regular, buckwheat, grits, fried on a frying pan. There are several reasons why our grandmothers tried this procedure, and some of them are relevant today. 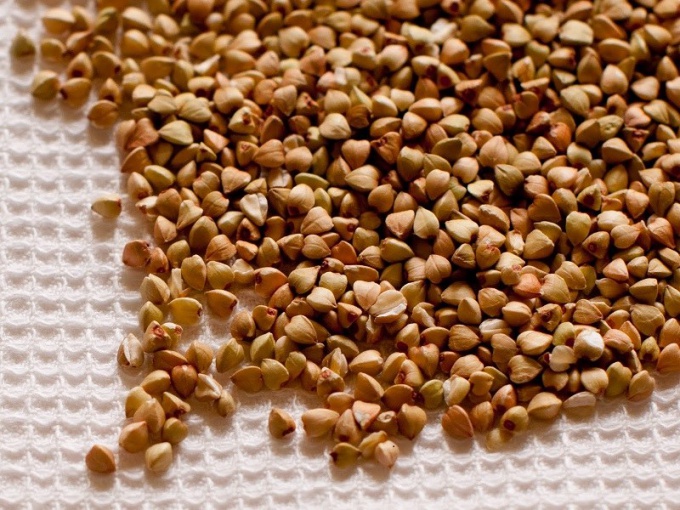 Why you ever roasted buckwheat

A preliminary roasting is an additional heat treatment. Before buckwheat, as, indeed, and other grain, sold per kilo, and she kept her often in damp areas in canvas bags. That is why the grain was sometimes damp, it is actively bred fungi, and sometimes bugs and worms. Therefore roasting in the pan helped not so much to kill the bacteria, how many have contributed to the removal of unpleasant odor, which has grits stored in inappropriate conditions.

Since the quality of buckwheat often left much to be desired during this procedure, she was separated impurities are accidentally caught oats or peas, chose the husk. Because it is easier to do, spilling grain on a flat surface. Also, just bought buckwheat also tried to fry, because with the help of high temperature can kill the eggs of insects, parasites do not multiply in the rump during storage.

To kill insects and bacteria that have settled in the rump, you can put it in the freezer for 6 hours. But with the mold to cope in this way will fail – only disputes the terrible high temperature.

Do I need to fry buckwheat today

In our days the situation with barley is somewhat different. Frankly poor raw materials in the shops there. Moreover, packaged in a beautiful vacuum bags buckwheat is not much more than what is called chaff. Manufacturers in the fight for the buyer to present to the rump of increasingly high requirements, comply with all standards for storage and packing, so the probability that the closed box will infest beetles is quite low. Therefore, in principle, to fry a good buckwheat after buying or before cooking is not necessary.

Bought buckwheat can be stored in tightly closed containers and in the package, often these bags have a reusable adhesive closure.

However, roasting buckwheat in the pan before cooking is not a useless procedure. A sharp increase in temperature cereals stimulates the secretion on its surface with corn oil. That is why it has a special flavor, the porridge becomes fluffy and the grains do not fall apart.

By the way, many Housewives are fried before cooking rice and even oats, the latter according to their assurances acquire a pleasant nutty flavor. There are two methods of processing cereals with the addition of a small amount of oil or butter or dry well heated pan.
Is the advice useful?
See also
Присоединяйтесь к нам
New advices