Mosquitoes are insects with a complete cycle of transformations. They develop in four stages, each of which is very short. The lifespan of a mosquito is approximately 2-3 weeks. During this time can manage to receive not one, but several generations of insects. 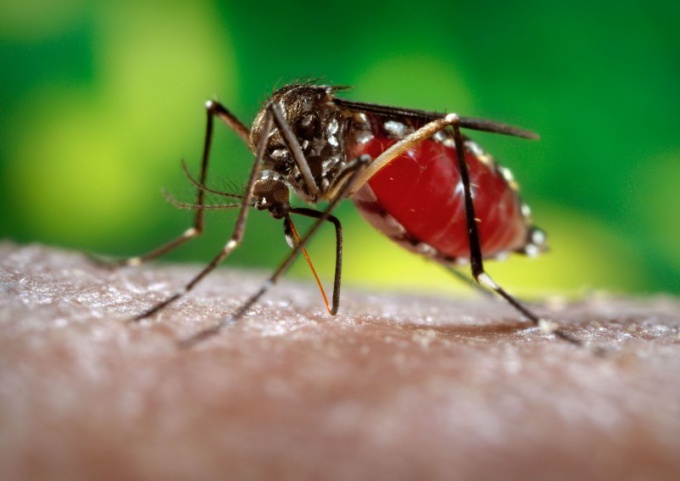 Related articles:
Instruction
1
The mosquitoes of the opposite sex to create. After the male fertilizes the female mosquito, she starts looking for warm blood. If hunting was successful, the blood inside the mosquito, the females gradually digested, and thus formed and Mature testes. After a certain period of time the mosquito is ready to lay eggs. All you need is fresh water, e.g. a puddle. Mosquitoes are very sensitive to moisture, so quickly able to find water.
2
The female mosquito can lay more than hundred eggs. They develop very quickly. For this process you need only 7-8 days. Largely the rate of formation of the larvae in the egg depends on the ambient temperature. Summer conditions are very favorable, and soon the eggs appear of mosquito larvae. Their length is approximately two millimeters. Future mosquitoes easily find their foods in stagnant water - they feed on various small organisms.
3
Of mosquito larvae moult to the extent of its growth several times after that they turn into a chrysalis. It is quite curious pupae of mosquitoes are very mobile and their movement speed is much higher than that of the larvae. The fact is that if the pupae do not appear to move in the water, they will float and become vulnerable to predators. Initially, the pupa of the mosquito is brown, but by the end of the period of its formation it becomes black. The pupal stage mosquitoes have still shorter than stage larvae. Its duration is only four days.
4
The pupae adult insect - the mosquito. Otherwise, it is called the imago. He breaks the skin of the pupa, pushing the head forward, i.e. first the light appears the proboscis of a mosquito, and only after that everything else. Mosquitoes the males develop faster than females, so they emerge from the pupae a little early.
Note
The female mosquito during life is not the need for blood, the thirst comes only after fertilization.
Is the advice useful?
See also
Присоединяйтесь к нам
New advices