During pregnancy a woman's body, particularly the digestive system, otherwise respond to the usual food. And if in ordinary life most of these problems would be solved by using the pills "Mezim Forte", in anticipation of the child woman does not want to risk once again to resort to medication. 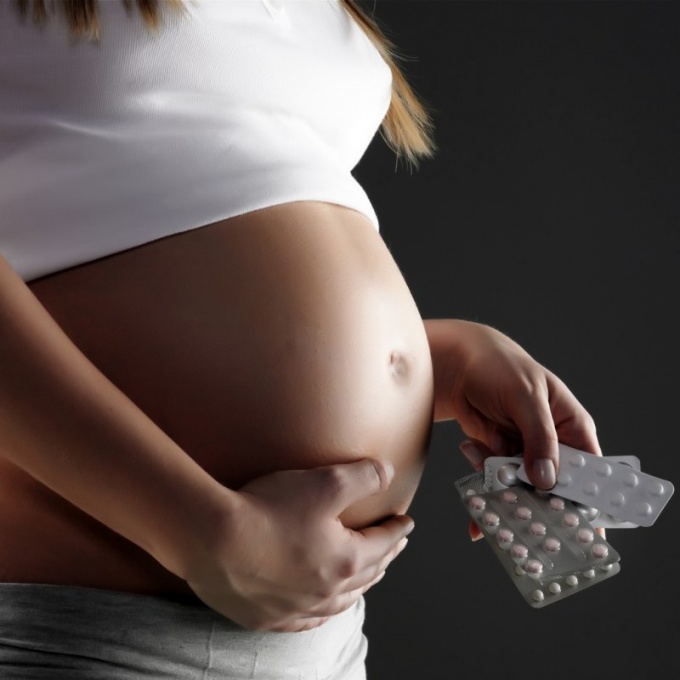 Doctors prescribe "Mezim Forte" people suffering from chronic diseases of the digestive system and in cases of insufficient working of the pancreas. A contraindication outlined in the instructions for use is only pancreatitis, including acute and chronic, and hypersensitivity to. But, because this drug is sold without prescription and is actively promoted as a means of helping relieve heaviness in the stomach and improve digestion, it is often used without consulting a physician with overeating and other unhealthy eating habits. Of course, such unsupervised use of "Help" during pregnancy many regard as a crime against the unborn child, but it is dangerous really?

"Mezim", was adopted during the meal. Manufacturers recommend a third dose to use in the beginning, and the rest are in the process of eating.

Pill "Mezima" comprises the active substance Pancreatin, and auxiliary lactose, cellulose, silicon dioxide, magnesium stearate, and other things. A full list of features can be found in the instructions for use. Pancreatin is a pancreas of a pig, powdered. Because the body of these animals is largely similar to that of humans, then their bodies are used for the production of medicines containing enzymes. By themselves, components in a limited dose not represent a real threat to the body of the mother and child, neither during pregnancy nor after, when the woman begins to breast-feed.

Side effects "Mezim Forte" is not identified, but in very rare cases, possible nausea, constipation, diarrhea, pain in the stomach.

Pregnant women often suffer from heartburn, pain in the stomach, flatulence and, therefore, the temptation to take life-saving pill is very large. As for the "Mezim", all of its components do not pose a threat to the fetus in any trimester, in addition, the active substance enters the bloodstream, accordingly, may not harm the child. However, as extensive research side effects of the drug "Mezim Forte" during pregnancy and lactation have not been conducted, the producers are limited to a vague phrase that it can be used if the positive effect of treatment exceeds potential risk for the baby.

Alternatively, use "Mezim Forte" as well as other drugs that promote digestion, such as "Linex", "Enterosgel" and the other, during pregnancy can offer but two. First, you need to eat well and to comply with the appropriate diet. And, secondly, it is necessary to walk, to walk, that is, to abandon a sedentary lifestyle and move more. It might help not to feel guilt towards the baby because the mother is on the pill as soon as she begins something to hurt.
Is the advice useful?
See also
Присоединяйтесь к нам
New advices