Where to go in America

USA – popular among tourists country. It occupies a relatively large area on which you will be able to see a really big modern cities, huge farms, forests and true deserts. Depending on what part of the country you plan to travel, you can choose the places worth a visit. 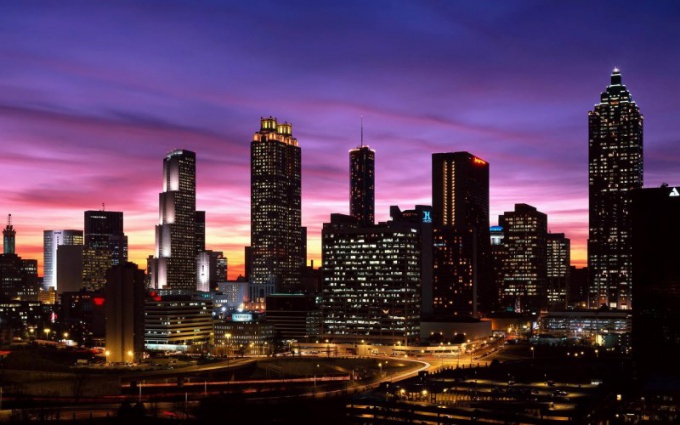 Related articles:
Instruction
1
Plan your route depending on the selected coast. So, if you go to the Eastern shore, you should pay attention to cities like new York, Washington, Chicago, Boston and Miami. If you are moving to the West of the country, you should first of all see San Francisco, Los Angeles and Las Vegas.
2
New York- the largest city in the country, which has a large number of entertainment. You can visit various museums, cinemas, theatres, to see Central Park and to see the local sights. New York is the symbol of America – Statue of Liberty, which conducted historical tours. You will also have the opportunity to see the highest skyscrapers in the district of Manhattan to visit the famous Brighton beach area, where he settled numerous immigrants from the Soviet Union and where is there a large number of Russian firms, cafes, restaurants, TV studios. Brighton beach has one of the most extensive infrastructure in the United States for service in the Russian language.
3
Washington is the capital of the political life of the United States. Here you will be able to visit the White house, the headquarters of the FBI and the Pentagon, and also the Capitol where the sessions of Congress. In this city especially to feel the atmosphere of American patriotism, after all, here are the most important government organizations and their headquarters.
4
Boston is one of the oldest cities in America, where began the American revolution. Here is located the key places that played a major role in the country's history. You will be able to enjoy a guided tour of Freedom Trail – 4-mile path through the city and passing through 17 historically important items related to the war for independence. When visiting Boston is to visit the streets of Newbury and Boylston, which are characterized by their new England architecture and a large number of different boutiques.
5
The West coast also has many places that are well worth seeing. For example, San Francisco is a city where you can see the famous prison Alcatraz, to visit the famous Ghirardelli chocolate factory, take a tour on the wine field, you can sail around the Bay on the ferry. Here you can visit one of the most famous bridges in the world – "Golden gate" (Golden Gate) and visit the numerous parks of the city, of which there are more than 100 pieces. San Francisco can be considered one of the most popular in America places to practice surfing due to the peculiarities of its climate.
6
In Los Angeles you need to visit Hollywood, see the walk of stars, visit the famous Madame Tussauds and the Terminator, Park Disney Land and universal. Sun-lover in this city has a large number of beaches, including Venice beach and Malibu.
7
In Las Vegas you can go in all sorts of Nightclubs, the casinos and stay in luxury hotels for a fairly small cost. It is a city of constant celebration with daily theme parties and weekly festivals, which is perfectly suitable for the lovers of clubbing and gambling.
Is the advice useful?
Присоединяйтесь к нам
New advices