How not to be afraid to fly the plane

Many people love to travel, and to shorten the time, I prefer to fly airplanes. It is often the travelers have to overcome the fear of flying, and a sigh of relief they only on the earth. Meanwhile, the feeling of fear can, if not remove completely, then at least to weaken. 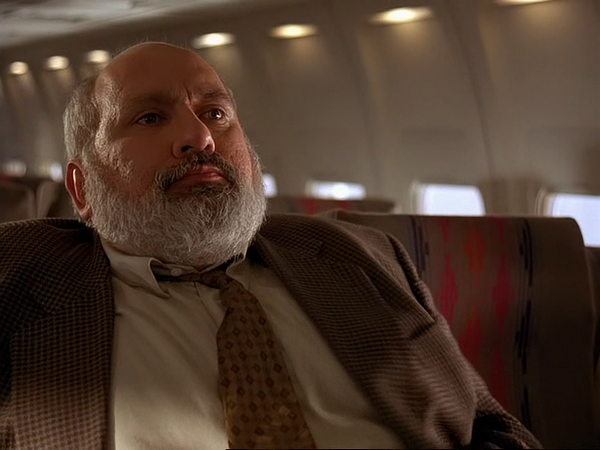 Related articles:
Maybe you will be interested in information that a fear of flying, or aerophobia, affects about 20% of the population. Doctors believe the appearance of this fear the result of a mental disorder caused by severe stress or depression.

Who are mostly vulnerable to the fear of flying?
- too impressionable people;
- those who are strongly fixed on the negative aspects of your life;
- those who suffer from claustrophobia.

These people greatly influenced by the coverage of plane crashes in the media, although it is known that in car accidents perishes much more people.

If you do not belong to the above categories, the best prevention of fear - you use a reputable airline. But if the reaction to the flight, "off the charts" in terms of fear, it is best to go to a therapist because alone with aerophobia deal few people can.

What are the signs of fear of flying on a plane?
- anxiety before the flight;
- rapid and uneven breathing during the flight;
- palpitation of the heart;
representation in imagination paintings of plane crashes.

All of these reactions can proceed in a violent neurosis, from which will need to be treated in hospital, so the best thing you can do right now is to use special techniques by which to overcome obsessive fears. Treatment of neurosis I will leave it to experts and let's try to establish the cause of fear.

Answer the question: what exactly causes you fear of this flight? You are afraid of heights, confined space, or during previous flights have you experienced any psychological trauma?

Even if the cause cannot be found, should not get upset. It is better to use the advice of specialists to make this flight more comfortable.

So, after the plane rose into the air, don't look at the clock. Consciously or unconsciously, you begin to count the hours until landing, and should not do it. It is better to try to relax. Think about the flight has started and there's nothing you can change. Try to close your eyes, breathe deeply, sit comfortably in a chair. Feet it is best to put on the floor to feel the support. To relax better, it is advisable to get rid of shoes with heels, constricting clothing and accessories.

Psychologists advise to do everything to divert attention. It is easy to do with the help of pain, which will distract you from anxious thoughts. Press down harder on the base of the nail, the nail to the pad of the finger, squeeze the ear lobe or bite your lip. Only it is not necessary to come to the point of your trip covered in bruises, do not overdo it.

Shouldn't neighbors talk about planes, plane crashes and how terrified of flying. This can cause group the fear that will apply to most of the passengers. From this emotional background you will become even heavier. It is best to distract from heavy thoughts.

This can be done by reading exciting books, listening to music, watching a spectacular film. You can even take a sedative drug, but first you should consult with your doctor. A controversial issue with alcohol because he's unpredictable effect on different people, its effect is short-lived, and after drinking large amounts of alcohol withdrawal syndrome are provided.

The discomfort of the passengers are during takeoff, landing and when the pressure drops during the flight: captures the heart, ears, increased anxiety. Take care of yourself in these moments, using simple techniques: suck candy, yawn widely or just widely open your mouth. This method will help to normalize the pressure between the middle ear canal and throat. When "the traveler syndrome" is also effective acupressure hand – there are the so-called "soothing" point.
Is the advice useful?
Присоединяйтесь к нам
New advices