There is a perception that the Bulgarians do not like Russian tourists. Numerous reviews of the Russians who visited Bulgarian resorts, evidence of unfriendly and dismissive attitude towards the Russian in Bulgaria. Whether so it actually? If not, then how to explain the incidents leading to such conclusions? 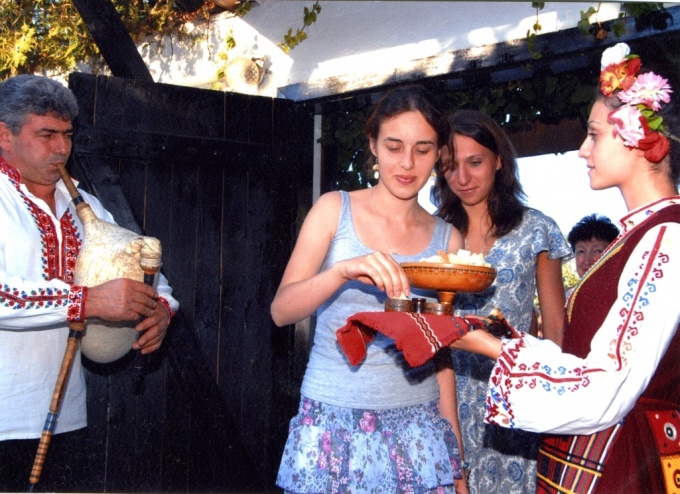 Related articles:
First, you need to understand that preparing for a trip to another country, you must at least briefly acquainted with its history, culture and legal norms. It often happens that tourists get themselves into trouble because of their own ignorance and lack of education. And it is a mistake to think that if the Bulgarians are our brothers-Slavs”, and nothing special, what is not in Russia, they will not meet. We must not forget that in General the roots of this different people and different mentality that formed over centuries. And Bulgarians are much closer in spirit to the Greeks and the Turks than we are. Here's some of the features that need to remember Russian tourists in Bulgaria. Assent, Bulgarians shake their heads from left to right, similar to the Russian “no”, but the Russian “da” means disagreement. In Bulgaria pretty strict about drinking in the streets is not made to appear drunk, and even more impossible to arrange fights and disturb the public order.

But there is another attack – Gypsies, they live on the territory of Bulgaria, about 600 thousand. Have you had experience with Gypsies in Russia, the rules remain the same: if you are in no mood to give alms, seprate wallet a little deeper, don't look them in the eye and try to quickly pass by. If Gypsies are assertive and intention you chase, can you raise your voice they will quickly fall behind. Bulgarians honor of their deceased relatives, so do not be surprised hanging on the trees, doors, fences and even road signs in the obituaries, which represents a photograph of the deceased, under which is listed the name and date of death. No need to point a finger at them, the Bulgarians consider this gesture offensive. There are many other national characteristics of Bulgarians, with whom it would be appropriate to see Russian tourists before the trip. This topic is widely presented in the literature for travelers to the relevant sections of bookstores.

Second, cases of negative attitudes on the part of Bulgarians to the Russian travelers can be explained by the fact that, as in any nationality, there are people with different personalities. There are friendly and helpful, there is a gloomy and unhappy life. No need to take everything on your account! Can Bulgarians and do not show a pronounced love for the Russians, but are quite loyal and friendly, if they are not to provoke their behavior. Most importantly, what would be the reason you go to Bulgaria on vacation or business trip, remember you are a guest of this country and must respect its inhabitants and their traditions.
Is the advice useful?
See also
Присоединяйтесь к нам
New advices