A woman's body in early pregnancy

The news of the pregnant women feel happy and alert. Natural changes in the body during pregnancy, often unpleasant discovery, and even frightening, if they don't know in advance. Knowledge about upcoming changes will help to alleviate potential problems, not to worry without cause, and, if necessary, in a timely manner to seek help. 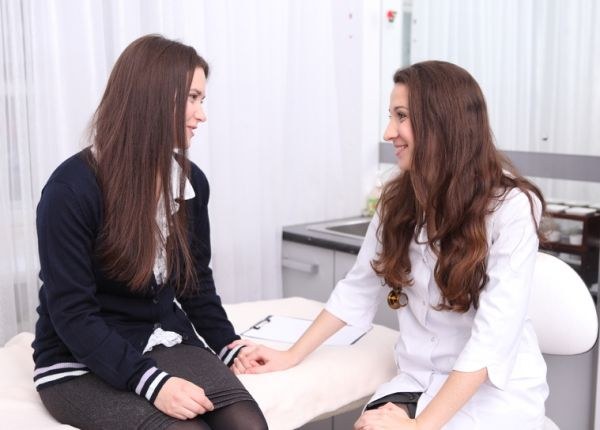 The first changes occurring in the pregnant woman's body, at the same time help to learn about the fact of pregnancy. And if some signs can only be seen by the doctor during the examination (cyanosis of vaginal mucosa and cervix, slight enlargement and softening of uterus), most changes are noticeable most of the expectant mother.

First and foremost is the cessation of menstruation. Delay is one of the main signs of pregnancy. In rare cases menstruation does not stop in the first few months, but if bleeding occurred after pregnancy confirmation is a cause for immediate treatment for medical help, especially if it is accompanied by pain in the abdomen.

In the first weeks increases in size and becomes heavier the breast, it becomes more sensitive, there may be pain or tingling in the Breasts.

The change in hormone levels causes changes in bowel and bladder – urination becomes more frequent, but many women complain of constipation.

The occurrence of pregnancy may indicate increased basal body temperature. Usually if the temperature increases during ovulation and decreases before menstruation, early pregnancy, it rises a little and remains so even at a later time.

Mood swings, peculiar to pregnant women, the proverbial. Due to changes in hormone levels, a woman may feel broken, tired, and even the joy of her new status may not always be able to flatten it. The emotional state of women during this period is easily changed from apathy to sadness and inexplicable joy. Often mothers say that they become more nervous and even tearful.

Changes the sensitivity to smells, unable to stop liking the familiar spirits, the sense of smell becomes extremely acute. Often the aversion to certain types of food and desire for certain foods or unusual combinations. Craving of pregnant women for salty and sour foods are known since ancient times – sometimes the desire salted or pickled cucumbers gives pregnancy before the appearance of other signs.

Morning sickness with nausea and weakness usually starts 6-7 weeks of pregnancy and goes to the end of the first trimester. Some women do not suffer from it or are experiencing mild nausea in the morning, but others suffer from repeated vomiting throughout the day. Frequent vomiting is dangerous because it can lead to dehydration, so it is best to consult a doctor – he will explain how to deal with morning sickness, and frequent vomiting will advise you to go to the hospital.

In the early stages of pregnancy can worsen existing chronic disease, indolent infection. If you have not paid attention to the treatment during planning pregnancy, the first trimester is not the time for taking medications and certain medical procedures. If they cannot be avoided, your doctor will select for you the most gentle treatment.
Pregnant women often annoying pain in the lower back, abdomen, joints, or headaches. Abdominal pain can be explained by the increase of the sensitivity of the uterus and stretching of ligaments supporting it. In some cases, there is hypertonicity of the uterus – the lower abdomen if "petrifies". In this case, you need to move less, perhaps, the doctor will recommend reception safe antispasmodics.

When she saw two strips on the test, a woman expecting her first child, already staring intently in the mirror waiting for the changes in appearance.

In the first weeks of pregnancy the outer changes are minor. First of all, it changes the color of the areolas – the area around the nipples darken noticeably. Later, you may receive pigmentation white line of the abdomen, leading from the navel to the pubis. Spots on the face, often afraid of women, appear much later, if there at all.

Fluctuations in hormone levels and reduced immunity characteristic of early pregnancy may for some time spoil the appearance of the skin and sometimes the hair become more oily and dull, the face swells. This is a temporary state, usually by the end of the first trimester it passes, the hair is thick and lush.

In rare cases, pregnant women indicate increased growth of body hair. This may be associated with an increased level of male hormones and requires consultation of the endocrinologist.

Belly until the second trimester, and sometimes longer, almost imperceptible. However, some women notice that belly have increased in volume, but this is not associated with uterine enlargement and fluid retention in the body and with the hypotension of the intestine.
Is the advice useful?
Подписывайтесь на наш канал