How to increase immunity in the herpes

Herpes infection is recognized as the most uncontrollable and widespread. Striking any part of the skin and mucous membranes. The main measure to fight the herpes virus is to strengthen immunity of the body. Herpes is exacerbated on the background of cancer and infectious diseases, when there is a decrease in protective forces of an organism due to prolonged hormonal, or similar drugs, hormonotherapy food additives, etc. as well As, fall and spring – time burst herpes infection. 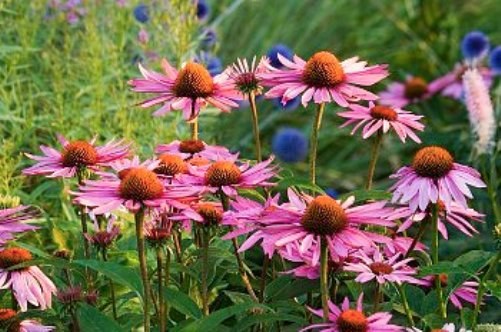 Related articles:
You will need
Instruction
1
Among immunostimulating drugs for herpes take drugs of interferon and thymalin or timogen, according to the recommendations of a physician.
2
You can prepare a vitamin tonic and adaptogenic drink. Take a tablespoon of crushed dried fruits of sea buckthorn, viburnum, Rowan, 1 teaspoon of chopped dried root of ginseng, and the Bay all components in liter of boiling water, put on fire and bring to a boil. Steep for 30 minutes, strain, add a tablespoon of honey. Hot drink half a Cup 3 times a day for 10-14 days.
3
To strengthen the immune system prepare the following composition. Mince the bottom leaves of aloe, to get at least 250 grams of milled mass. Add the same amount of honey and mix well, put on 3-5 days in the fridge. Take a tea spoon of the prepared composition three times a day for 15-20 minutes before eating. This amount will be enough for a course of immune forces of an organism.
4
To strengthen immunity it is possible to buy ready-made pharmacy tincture of Siberian ginseng, Schizandra, Rhodiola rosea. They take 30 drops 2-3 times a day for half an hour before meals.
5
Very effective decoction of Echinacea purpurea, making, crushed leaves and flowers pour boiling water (a tablespoon per 200 ml) and placed in a water bath and cook for 15-20 minutes. Insisting one hour, strain and take 75-100 ml of the decoction 2-3 times a day for 14-20 days.
Note
You should not take medicines from plants adaptogens, which include eleuthero, Schizandra, Rhodiola, ginseng, Echinacea, fever, hypertension, increased nervous excitability, myocardial infarction.
Useful advice
Very useful in the offseason to start the day with herbal tea, including rose hips, the fruits and leaves of BlackBerry, raspberry, peppermint, nettle.
Is the advice useful?
Подписывайтесь на наш канал