How to assemble engine Jupiter-5

Self-Assembly of the engine of IZH Jupiter 5 after repair - responsible operation. Carelessness and mistakes in the Assembly will sooner or later result in damage during its operation. However, attention and observation, shown during its disassembly, to avoid most errors. 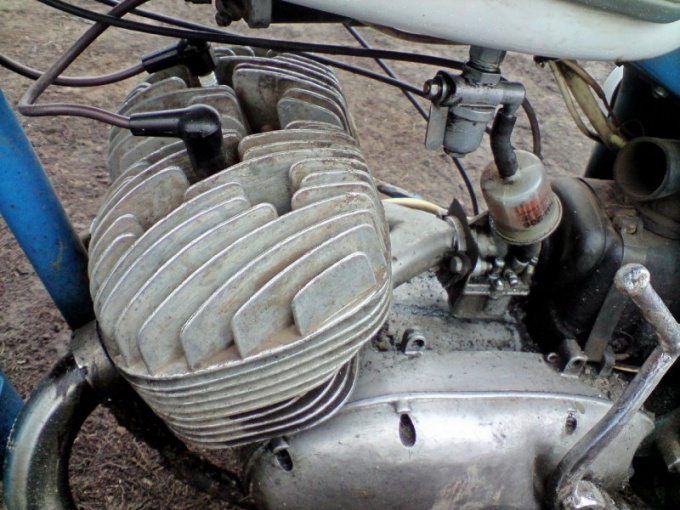 Related articles:
You will need
Instruction
1
Prior to Assembly, clean dirt from the plane of the ground connectors parts. During the whole process, pay special attention to the uniformity of tighten the mounting screws, avoiding distortions. The bearings are press fit well before you apply grease. In the right half of the crankcase press the bearing, then install left side adjusting ring. From the crank chamber into the crankcase press oil seal and then install the second ring.
2
In the grooves of the caps of the crank camera insert the ring and press the ball bearings and cover them with rubber o-rings. Install the left crankshaft. Make sure not to damage the oil seal. Hammer and press support cover crank chamber. Then mount it the screws with lock washers. A force for tightening these screws should be the maximum.
3
In the right half of the crankcase, insert the crankshaft. In the same way, with a hammer and support, press the cover to the crank chamber. Installing on crankshaft axle and crank cover cameras, seals, press them. Next, insert the ring in the left half of the crankcase press the bearing and tape the lid of the crank chamber screws with a maximum tightening.
4
On both halves of the crankcase fastening screws of the lids of the crank chambers makernote to protect them from spontaneous eversion. The right half crankcase, check the gasket and the cover seal, crankshaft. Secure it with the screws and decernite in the same way.
5
For Assembly, the cylinder-piston group of the engine put the rings on the pistons using the plates. The striker plates must match the pins in the pistons. On the bosses of the pistons in one of the grooves, install the retainer ring and into the opposite groove is the piston pin lubricated with machine oil. Put the piston at the upper end of connecting rod with the arrow facing the back, and locking pins piston rings forward in the direction of movement of the motorcycle.
6
Align the holes of the lugs of the piston and sleeve upper connecting rod. Press the piston pin through mandrel and hammer. After that, install the second Circlip on the piston. The same procedure assemble and install on the engine of the second piston. Before installing the cylinder, check the plane of the connectors. Clean these planes, you need to install the gasket under the pistons, place a wooden cradle-Board. The bore brush with oil. On the cylinder wear piston with pins and tuck the piston rings.
7
Remove the stand from under the piston. Promoting the cylinder, install it on its place and secure. The castles of the rings must not fall into the window of the cylinder. Similarly, replace the second cylinder, then install the inlet of the carb, the gasket and head. Tighten the heads and pipe in the following way: first of all, tighten until it stops middle the screws, then extreme. Extreme over-tighten the nuts crosswise.
Note
IZH Jupiter-5 is very good in dynamics and speed, as for the acceleration, then IZH Jupiter-5 is enough faster than its single-cylinder brother. Engine IZH Jupiter-5 Apatity enough up to 5000 rpm. In contrast to heavy motorcycles, such as "Dnepr" and "Ural" IZH Jupiter-5 has one carb for two cylinders, respectively, the fuel consumption is less, and the stability of both cylinders better.
Useful advice
The road motorcycle "IZH Jupiter 5-020-03" (IZH 6.113-020-03) refers to motorcycles of middle class and intended for exploitation on roads with different coatings. The motorcycle is equipped with engine with liquid cooling system, which ensures stable operation in any mode, reduces noise and reduces fuel consumption. The base model comes with a telescopic fork, secovnie wheels and dvuhdollarovymi brake drum.
Is the advice useful?
See also
Подписывайтесь на наш канал