How to wean a cat scratching Wallpaper

Owners of cats should know that their favorite scratching furniture and Wallpaper not because he wants to spoil or to spoil your mood. Sharpening claws for cats - the most natural thing. Thus it removes the dead shell of the claws. Besides, between the toes of paws of a cat are the glands secreting the odorous substance and, sharpening its claws, the cat marks its territory. To wean a cat fight Wallpaper - the idea is not simple and requires the owners of the animal understanding, patience, and perseverance. 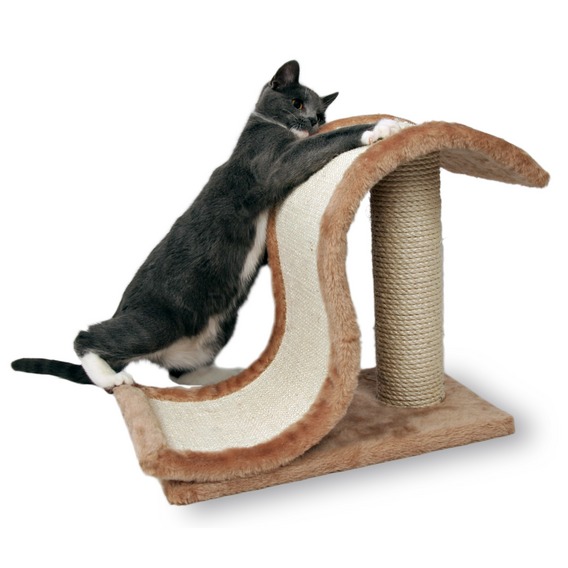 Related articles:
You will need
Instruction
1
Select and buy a special scratching posts. They come in several forms: stand-up scratching-posts; hang on the wall scratching posts; scratching posts-mats. Often the scratching post is part of the "cat complex", which includes a house and several custom platforms. It is recommended to purchase at least 2-3 scratching posts.
2
Place the scratching on the walls, in those places the apartment that was chosen by your cat. Remember that it is easier to equip for cats already love her, than trying to teach her to sharpen its claws in the place that appeals to you personally. Don't forget to place a scratching post near where the cat sleeps - very often animals are starting to sharpen their claws right after a dream. Firmly secure the scratching post. If she falls and frightened animal, the cat, most likely, will never use this terrible thing." Besides, cats are physiologically able to sharpen claws on shaky items.
3
Show the cat that it required. Take the pet on hand and take to the new acquisition. It is not necessary to drag her by the scruff of the neck or raise her voice - it can lead to permanent negative associations with the subject. Put the front paws of a cat on the scratching surface. Press the paws to release the claw. This should be done very carefully so as not to cause the animal pain. Hook cat claws scratching the surface. Such training is recommended on a regular basis.
4
Help the cat to get used to scratching posts. To do this you can spray the scratching post "Catnip", which is sold at any pet store.
5
Use the method of "carrot and stick". Do not skimp on the affection and praise, if you notice that a cat is sharpening its claws in the "right" place. If you caught the cat at the scene - show her your negative attitude loudly say "No!". Also as punishment you can use a spray bottle with water. Cats really don't like when water hits them in the face.
6
Periodically trim the nails of your cat. This procedure should be carried out very carefully so as not to damage living tissue.
Useful advice
Remember that the earlier you start to teach a cat to scratching posts, the more chances you have to succeed in this difficult event. The perfect age for teaching your cat the "rules of etiquette" -2 -2.5 months.
Is the advice useful?
See also
Присоединяйтесь к нам
New advices