How to remove battery Ford Focus

On the Ford Focus battery is installed with a rated voltage of 12 V and a capacity of 60 A-h Housing and battery cover are polypropylene. The lid has a hole for topping up water and vents and can be equipped with an indicator of the density of the electrolyte. 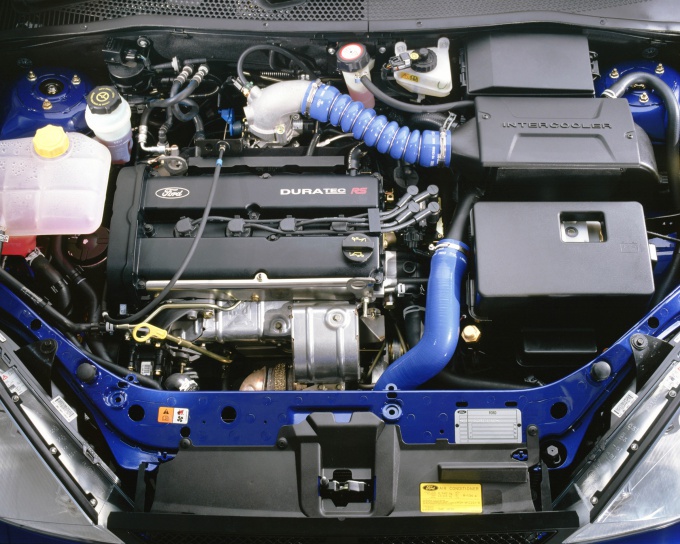 Related articles:
You will need
Instruction
1
The battery has a considerable weight. Before removing the battery make sure whether your physical ability to pick it up. Turn off the ignition and all electrical equipment. Disconnecting wires, always start with the ground wire. On cars with engines 1.8 or 2.0 l or a turbo before removing the battery remove the air filter cover.
2
The battery on the car Ford Focus is closed with a plastic lid. Lift it up and remove it. Unscrew and remove the bolt attaching the negative wire to the chassis ground. Loosen the nut on the tip of the wire. A clamping lath of the battery wires lift up, which pre-loosen the nut of its fastening.
3
Remove the negative and positive wires to the corresponding battery terminals. The positive lead is attached to a separate nut and to remove it, loosen or remove it. Open the wire holders and pull to the side the ground wire. Avoid random circuit positive and negative wires used tool. Avoid accidental touch positive wire to the car body.
4
Press the latch on the front battery cover and remove the cover. For final removing the battery remove the mounting nut retaining plate. If you remove the battery from the engine compartment hold it firmly.
5
The installation guide in reverse order. Before installing the terminals and the wire lugs sand with fine sandpaper. When connecting wires, observe polarity. After they connect the wire lugs and battery terminals grease Lithol-24 or other conductive lubricant containing copper. Conductors always start with a positive.
6
When replacing the battery, the new battery install only the same type, with full compliance for current and capacitance. Brand new battery needs to be recommended by Ford. If you have problems, refer to an authorized service station for advice. The old battery never dispose of together with General household waste. Throw it at the designated dumping ground for industrial waste.
Is the advice useful?
Присоединяйтесь к нам
New advices