How to set a snare for a rabbit

Traditionally, traps are a minor hunting guns. In the first place, of course, hunting with rifle and dog, but sometimes to get the game without the use of traps or snares is not possible, so the animal cautiously and secretly. Furthermore, the use of snares helps to preserve the skins of fur-bearing animals. 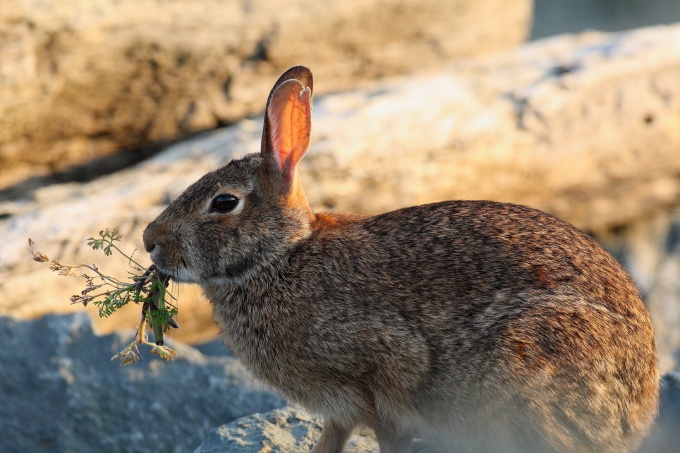 Related articles:
Instruction
1
Snares and loops is a portable device whose operation is to capture the neck, body or limbs of an animal or bird by a loop of a belt, wire or strong twine. The loop holds the captured animal in place or smothers it. This way you can catch a wide variety of game – from squirrels to bears.
2
The snare can be put vertically (the animal enters the loop head or torso) or horizontally (in loop gets a limb of the beast). Place traps on animal trails near his hole, in places of power.
3
The loop on the hare make of soft iron wire with a cross section of 0.6-1.1 mm (best suited annealed steel wire). Take a length of 1-1,5 m at the most. One end twist into a ring with a diameter of 5-8 mm. Secure it by twisting the short wire end around long. Now the other end of the wire pass into the ring so to get a loop no more than 20 cm in diameter. A snare ready.
4
Setting snares in the winter, ensure that they do not touch the snow cover. The lower part of the loop should be at a distance of 10-15 cm from the surface. The free end of the loop will spin in the small ring and additionally tie him to a sturdy rope or twine for attaching the hinges to the trunk of the tree, which must be located near a rabbit trail.
5
The main loop end fold and crimp around the tree trunk so that the loop hung over the trail. Thus the hare will get to the loop head or upper body. He tries to jump, and the noose immediately tightened. Sudden movement of the beast will cause the loop to fall from the tree but remain attached to him.
6
Installing a ready-made loop, it carefully examine: should be cleaned of rust, old oil and to test. Old weak wire rabbit can easily break.
7
Most convenient to catch the hare method of the pen. Find forest plot, the most populated haremi. Set hinges on all trails and in the center of the site. Now start the rut: use ratchet to shout themselves as loudly as possible, avoiding all places where animals can hide. After some time, inspect the installed loop. Overnight Express only those that are on the migratory paths. Cases are known when the method of the corral was brought to the snares of even larger animal – a Fox and a wolf, which, however, is quite easy to tear a hare snare and flee.
Note
If the loop is made of a material which the animal can easily break, slip into the snare of a tubular bone with a length of approximately 8-10 cm It needs to slide freely on the rope.
Useful advice
Snare the hare, you can also make nylon cord, hemp, twisted bark and horse hair, but most good loops out of metal wires, and the it is softer, it is better to catch the beast.
Is the advice useful?
See also
Присоединяйтесь к нам
New advices