How to cook deer

Deer meat is surprisingly tender and tastes like venison. Dishes of meat to cook is no more difficult than any other, and they get more intense and are considered a delicacy. 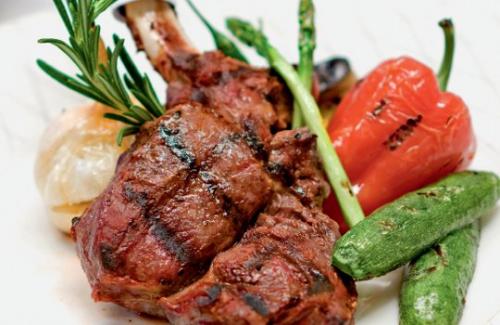 Related articles:
You will need
Instruction
1
Among the hunters is very much appreciated roast deer. To prepare it, take one kilogram of meat. In a heatproof dish, designed for cooking in the oven, pour 100 grams of water and put the piece of meat entirely. Without closing the lid, put the dishes in the oven and cook the meat at a temperature of 180 degrees Celsius. Make sure that the water does not evaporate completely, and add it as needed. Every 10 minutes a piece of meat should be turned upside down.
As soon as I put the meat in the oven, begin to cook the sauce. To do this, take an enamel pan and mix it a glass of dry red wine 1/2 Cup vinegar. Finely chop 2 medium sized carrots, one head of onions and garlic. Add the vegetables to the pan. Then put the clove powder on the tip of a knife, two pinches of pepper, the same of thyme and a few Bay leaves. Return the pan to the heat and bring the mixture to a boil, continue to cook until until the mixture volume is reduced by two thirds. Cool and strain the marinade.
Then heat a pan and pour a little vegetable oil. Fry in butter 50 grams of flour, it should be a brown shade. Pour in the marinade and add 2 tablespoons jelly of red currants. After that open the oven with the meat, and if it is brown, pour over the sauce and close the lid. Then reduce heat and simmer for one and a half hours. Readiness check with a fork. If meat is not flowing to pink, and the translucent yellow juice, it is ready.
2
In order to prepare a deer on ' shrooms, take a pound of meat and cut it into small cubes. Slice one large onion and fry it until Golden brown in lard. Put on top of meat pieces and simmer all together under a cover on slow heat for 30 minutes. Then carefully salt and pepper the meat with onion, add frozen mushrooms and simmer for another 15 minutes. Once the liquid evaporated, mix in pan with tablespoon of flour and, stirring, fry. Pour in 150 grams of water or broth and add to taste lemon juice. Once the water boils, turn off the fire. Garnish to this dish is the best rice.
3
Surprise your guests with chops of elk meat with tomatoes. Cut two large circles of tomato. Slice 500 grams of meat into pieces no more than 2 inches thick. Repel them, and season with red and black pepper, salt. Glow the pan, pour into it 2 tablespoons of vegetable oil and place the pieces of meat. Fry the meat for 2 minutes on each side. Then on each steak put the mugs of tomatoes, cover and fry for another 3 minutes on low heat.
Is the advice useful?
See also
Присоединяйтесь к нам
New advices