How to use rosemary

Rosemary is a low-growing evergreen shrub of the family Labiatae. It reaches a height of 2 m, at a small, reminiscent of pine needles, leaves grey-green, strongly fragrant when crushed, and small, delicate, pale mauve or bluish flowers clustered in racemes. The birthplace of rosemary from the Mediterranean. Rosemary is widely used in medicine, cosmetic industry and of course in cooking. 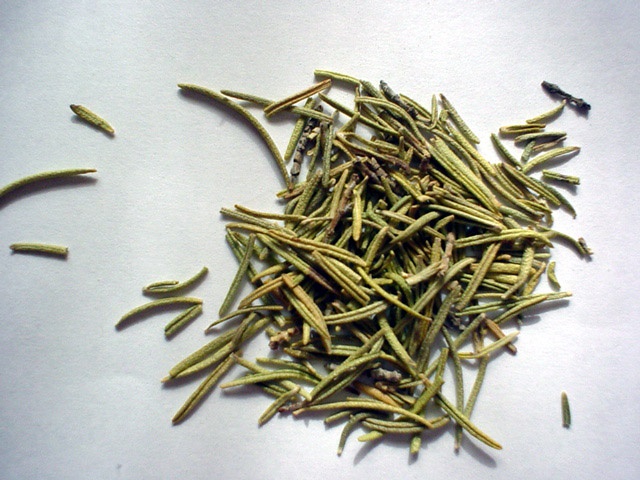 Related articles:
Instruction
1
Rosemary – a strong spice. It can cover up the flavor of other seasonings, so it should be used in very small amounts. But, unlike many other herbs, rosemary at the heat treatment does not lose its properties, so it can be added at the beginning of cooking.
2
In cooking you can use both fresh and dried rosemary. Fresh sprigs are added to a meal, after cooking, take out that rosemary began to taste bitter. For drying rosemary leaves must be finely chopped, as, drying up, they turn into sharp needles.
3
Rosemary is widely used in Mediterranean cuisine. He gives the meat and fish dishes strong spicy pine aroma and slightly spicy taste. It can also be used in the preparation of soups, sauces and vegetable salads.
4
In Mediterranean cuisine, rosemary not only add directly to food, but they flavored olive oil, marinate it with meat and fish – it helps to rid the meat from odors, put in the dough, which is baked bread.
5
Pounded leaves of rosemary can also be used instead of salt.
6
Fresh rosemary goes well with green onions, vegetables, especially tomatoes and squash, with lentils, mushrooms, cheese and eggs.
7
Also rosemary can be added sauerkraut, pickling vegetables and mushrooms, canned.
8
Use rosemary to flavor the smoke of a fire or coals, on which a barbecue, or wrap it with sprigs chicken or Turkey before roasting or grilling. Rosemary goes well with any meat – grilled, baked, steamed, boiled, and also with dishes of meat and goulash.
9
Goes well with rosemary potatoes – grass can be added while stewing, potato soup, and then even the simplest dish becomes a gourmet dish.
10
Rosemary is used to flavor alcoholic beverages. In Mediterranean cuisine it is added in the preparation of vermouth, you can also use it for wine, punch, grog and liqueurs. But if you don't drink alcohol, then add the rosemary tea.
11
In Italian cooking rosemary is used in pizza and pasta, and when cooking lamb.
12
Rosemaryω can be flavored not only with olive oil and vinegar – add a few leaves in a bottle, and after a while it will give the vinegar the original fresh shades.
13
RosemaryOhm you can substitute Bay leaves, but to combine them is not worth it.
Is the advice useful?
See also
Подписывайтесь на наш канал