How to cook sago

Among chefs who love to cook tasty and healthy, gaining popularity is relatively new for Russian market product like cereals sago. However, there still remains a lot of issues to the technology of preparation of this starch cereals made from the pith of sagopalm trees howl. 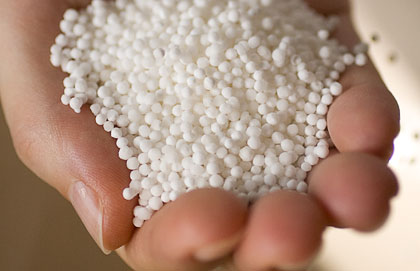 Related articles:
You will need
Instruction
1
Cook sago in a variety of ways, depending on the goal.
For porridge of sago , take grits, loop through it, then rinse with cold water. Drop into boiling salted water and simmer until soft about 30 minutes. Stirring occasionally to avoid lumps. When Krupa's half boil soft, drain the sago in a colander or sieve. After the water has drained, add grits in a small pot so that it reached half capacity, and cover a smaller diameter that it tightly pressed sago. Put in a water bath, bring to readiness within 30 minutes.
2
To prepare the fillings of sago there is no need to bring the grits until fully cooked as it will still be subjected to further heat treatment. It is therefore necessary to repeat the previous step, but eliminating the water bath – take a bust groats, rinse thoroughly with cool water. Drop into boiling salted water and cook for about 30 minutes, stirring occasionally. When grits become translucent, drain it on a sieve and once the water has drained, can use sago in the composition of the different fillings for pies.
3
Pudding of sago , use the following method: pour the grits in cold water and leave for 2-3 hours. After this time drain the sago in a sieve or colander and after excess water has drained, place the grits in 2 cups of boiling milk. Simmer for 30-35 minutes until tender, stirring occasionally. Keep sago not seethe.
4
If you frequently use sago in your diet, you can use the universal method of cooking, which will help you save time in the future. Cook sago until half of the above. Drain grits in a sieve or colander. After the water has drained, put sago into a clean towel and allow to dry cereal. Then put sago into a container and store in the refrigerator. The thus-prepared grits as needed can be used for further cooking.
Note
In this recipe we are talking about natural groats, sago, made from the starch of the sago palm, the preparation of artificial analogs (from corn and potato starch) different technology from the following methods.
Useful advice
If your groats sago for a long time stood on a shelf, before using it better to soak overnight in cold water, then simmer for 40 minutes.
Is the advice useful?
See also
Подписывайтесь на наш канал