How to make a paintball marker

Paintball is a game that allows you to simulate real fighting with weapons. However, the weapon in the paintball shoots not bullets, and gelatin balls with paint, so of course, players "kill" is not good, but simply labeled shots. However, as with any battle, paintball requires certain skills in shooting, knowledge of tactics of attack and defense. 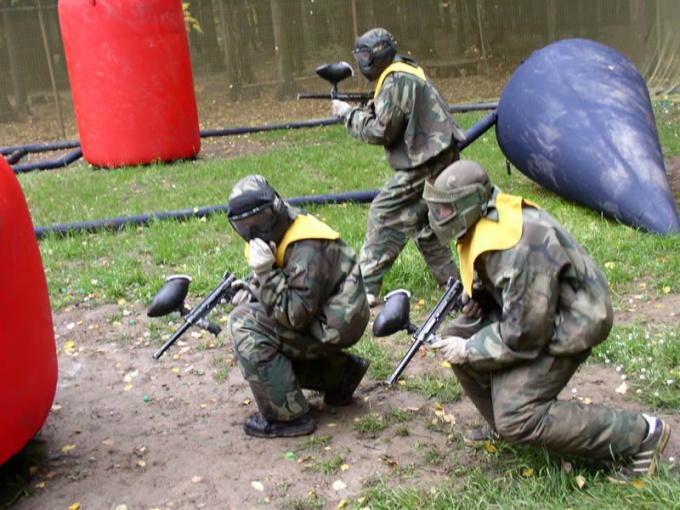 Related articles:
You will need
Instruction
1
Define the marker what type you'll make. Paintball markers are pump action, semi-automatic and automatic machines. Pump markers they are triggered by the hands by the slide. It's a simple pump-action gun, it has a charge for a few balls, usually 10-15 pieces However, this marker has its benefits, it is effective and allows you to get the hand to beginners. In addition, there are special games that are held only with the use of a pump markers.
2
Semi-automatic markers use the drummer to open the gas valve, sending the ball into the barrel. To shot, press the trigger. One click – one shot. These models are inexpensive but ineffective.
Automatic markers allow you to take multiple shots with one press of the trigger. Appeared electronic models automatic markers that allows you to adjust the frequency of the shots in a certain amount of time.
3
To collect the token, you must have a factory token, the cylinder for air and is a feeder for the balls. Feeder balls to attach the tokenat the top for feeder balls in the barrel. Cylinder air screw at the bottom of the markerand to the fitting.
4
Pressing the trigger opens the valve of a gas cylinder, which releases gas, zasylaya gelatinous ball in the bore and pushing it out.
Modern markers have undergone numerous upgrades, and each participant in the paintball games usually comes up with his weapons all new enhancements and "bells and whistles".
Note
Paintball has come to Russia in 90th years of the last century along with needed for the game gear. Therefore, all of the guns called paintball markers, also comes from abroad.

Paintball markers – the majority of gaming equipment is a pneumatic gun or shotgun altered so that you can fire more of them balls with the help of the working gas (carbon dioxide or nitrogen). In order for the players not feel pain from the shots and didn't get hurt, they have to wear during the game, special masks and costumes.
Is the advice useful?
Присоединяйтесь к нам
New advices