How to determine the sex of the baby in early pregnancy

Almost all the parents want to quickly find out the gender of the future baby. Reliable and safe method is ultrasound. This option doesn't suit everyone as have to wait at least two months. Make the test based on a blood test pregnant, and it is possible to trust national signs. 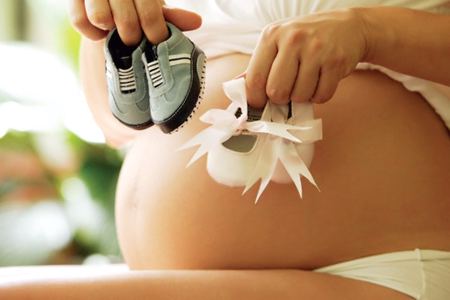 Related articles:
Instruction
1
The most famous method is the ultrasound. However, the exact result it gives with only 23 weeks of pregnancy, and then not always. Doctors, trying to see the sex organs of the embryo are often wrong.
2
Amniocentesis and cordocentesis. A long needle through a small puncture is taken the amniotic fluid or umbilical cord blood. These studies are carried out on a 16-18 week and aim to identify hereditary diseases or disorders in the development of a fetus. Because there is a risk of infection through a needle, similar procedures are assigned exclusively for medical purpose.
3
The chorionic villus sampling can determine the gender of 10 week, but also is assigned according to the testimony.
4
A genetic test that verifies the mother's blood for the presence of fragments of the Y chromosome, able to identify the male gender with an accuracy of 95% in the seventh week, and by 20 weeks the accuracy increased to 99%.
5
The ovulation date can affect the gender of the child. If conception occurred not earlier than 2-3 days before ovulation, there is a high probability of having a boy. This is due to the fact that "male" sperm are more active but less viable for a longer period of time simply die.
6
The same justification is under a theory of intensity of sexual activity. If the man had a long period of abstinence, then it's a girl. If during the period of conception, the couple led an active sex life, a boy.
7
Sex determination of the unborn child by the method of update blood parents requires some calculations. In women, the blood is changed every 3 years, in men every 4 years. The child is of the sex whose blood at the time of conception was younger. For example, a woman born in 1984, and the man in 1982. Update blood of the man will be in 2006, 2010, 2014, 2018, and women in 2005, 2008, 2011, 2014, 2017. If it's a boy, and if conception happens in the 2006-2007, 2010. A girl is born, if conception will occur in 2005, 2008-2009, 2011-2013, 2017. In 2014, the blood from both parents simultaneously updated, so in 2014-2016 high probability of twins.
8
Well, of course, there are a lot of people will. Ate expecting a boy, the shape of the abdomen pointed, the appearance of women is getting better, it often pulls on the meat.
Note
Some doctors argue that the frequency of fetal heart rate more than 140 beats/min, complies with the girl less than 140 BPM is a boy. The method is applicable with 12-14 weeks.
Is the advice useful?
See also
Присоединяйтесь к нам
New advices