Injured finger should be dressed to ensure that the wound is not infected. The bandage is applied so that it does not interfere with the person in everyday life and is firmly held in the hand. Bandaging an injured finger can be using the contents of the standard kit. 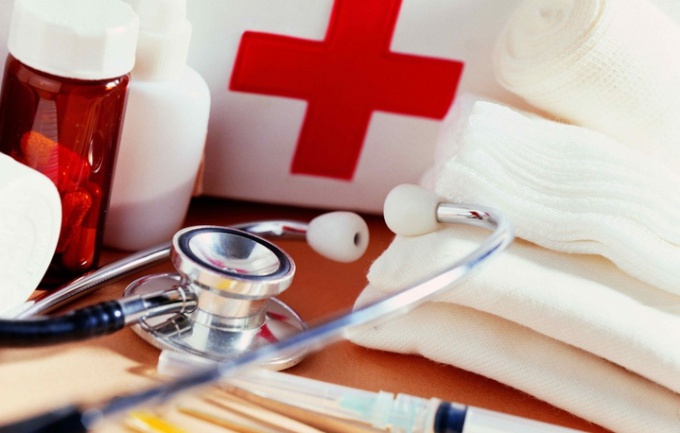 Related articles:
You will need
Instruction
1
Before you bandage finger bandage, treat the wound. Wash it with 3% solution of hydrogen peroxide, and the edges are spread with a solution of iodine or brilliant green ("Zelenka"). In any case do not rinse the wound with water, brilliant green or iodine. Water contains microorganisms that contribute to the festering wounds. A solution of iodine and Zelenka, when injected into the wound, will cause tissue necrosis, and the healing process will be delayed.
2
Apply on the wound with a sterile gauze pad or a piece of sterile bandage. Their size should be slightly bigger than the size of the wound.
3
Take the bandage and wrap them twice wrist with a damaged finger. Then through the back of the hand keep a bandage to the finger.
4
Hold a sterile cloth, wrap the finger in a bandage from the base to the top of the spiral. Each new turn of the spiral should cover the previous 2/3.
5
Similarly descend from the top of the finger to its base. Spend a bandage across the back of the hand and wrap it around your wrist.
6
Unroll about 15 cm of the bandage and cut the bandage with scissors. Divide it lengthwise in half. The resulting ends will cross each other and tie on the opposite side of the wrist.
7
The bandage on the thumb overlaps another. It begins with the wrist, then the bandage across the back of the hand lead to the tip of your finger and make a spiral turn. Further down to the base of the finger and through the palm, the bandage is again returned to the back of the hand.
8
Repeat a few more moves of the bandage until then, until the finger will not be tied to the ground. The dressing should resemble a "spike". Put it on your wrist in the same way as the previous one.
9
Remember that the bandage must be applied tightly, but do not squeeze finger.
10
Change the dressing as dirty or absorb the secretions from wounds, but not less than 2 times a day.
11
If the wounds appear minor purulent discharge, when dressing, applying gauze, lubricate it "Levorinom" or "Levomekol".
12
If the regular changes of dressings you notice that the skin around the wound is swollen, reddened, hot to the touch, or it produces a large quantity of pus, contact your doctor.
Is the advice useful?
See also
Присоединяйтесь к нам
New advices