How to write a statement about the division of property

Before you file such a statement to the court, that should consider the fact that the decision of this important matter amicably can significantly save not only your nerves, time and money, but also help to stay with the former spouse in the most friendly relations. 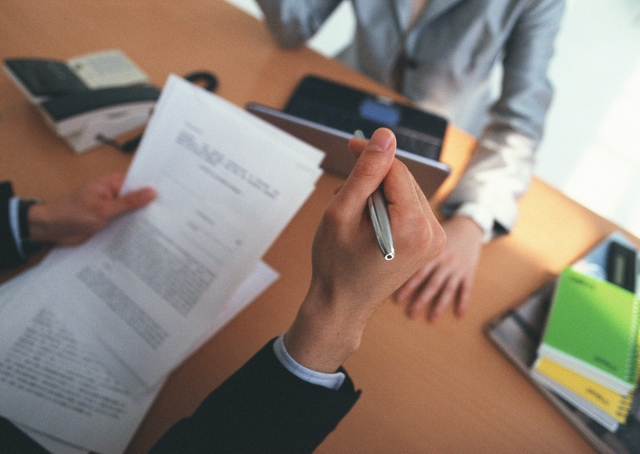 Related articles:
You will need
Instruction
1
In Russia do not often meet couples ready for marriage to sign a prenuptial agreement. Maybe it's not very romantic, but his conclusion would later greatly facilitate former lover, the process of divorce and division of property.
Of course, it would be ideal if a couple is unable to agree on a section of the property amicably. Unfortunately, even initially not configured on the trial of the pair in the course of a divorce, very often radically change their point of view.
The main advice that I can give you former spouse before considering such cases, it is at least not to be drawn into this complicated and nerve-wracking process of children and relatives. And to remain polite, don't stoop to insults and lies. Before beginning the process, try to remember that some time ago you linked a life and planned a future together with the person with whom you are now ready to "fight" in court over your common property.
2
There are two types of claims for division of property:
- supplied in conjunction with a claim for divorce;
- submitted separate from the application for dissolution of marriage.
3
In the court case about the division of property between the former spouses refer to to hard. Because of some common reasons:
- the emergence of counter-claims on the division of other property not designated or forgotten in the initial application;
- the emergence of counter-claims on the division of common debts of spouses (the most common example of life - together mortgages, car loans);
- falsification of documents stating that the disputed property allegedly donated, inherited, issued on relatives, etc.
In the event of such complications it will be difficult to protect their interests. The help of an experienced and qualified lawyer can significantly simplify and accelerate the process and avoid some of the mistakes.
Remember that forgery and perjury is punishable by law.
4
To file a claim for division of property in court, you must collect the following documents:
- certificate of marriage;
- if the marriage has already terminated, then a certificate of dissolution of marriage;
- documents on the property, confirming your ownership, and that you personally spent money on the maintenance of the property (checks, receipts, payment orders, certificates on the state registration of real estate, contracts, etc.);
- report of the disinterested person on the evaluation of each of the disputed items of property subject to division.
Collecting a full package of documents, payment receipt of registration fee, drawn up the claim where it is necessary to determine the price (estimated value considering the claim of the property).
Be sure to make photocopies of the completed application form to the division of property, as well as all the attached documents in two copies: one for court, one for the defendant.
5
All collected documents and their copies must be submitted to the World court.
It is very important that section is subject only to the jointly acquired marital property. Taken into account only officially registered marriage. However, property that was acquired by one spouse in a gratuitous transaction, not subject to the section. A vivid example of such an exception - inheritance.
Note
According to the law, after three years after the divorce, you will not be able to demand the separation of property in connection with the Statute of limitations.
Useful advice
If you have the slightest suspicion that the issue of property division can be resolved amicably, it is better to apply for division of property with a suit for dissolution of marriage. Thus you will save both time, nerves and money in connection with the cost of a lawyer.
Is the advice useful?
See also
Подписывайтесь на наш канал