How to get rid of swelling in the nose

Nasal congestion – is not a harmless problem. With difficulty of nasal breathing in many respects deteriorating quality of life, as the body gets less oxygen. Man gets tired quickly, feels "broken", you may experience headaches, night stuffy nose does not allow normal sleep. 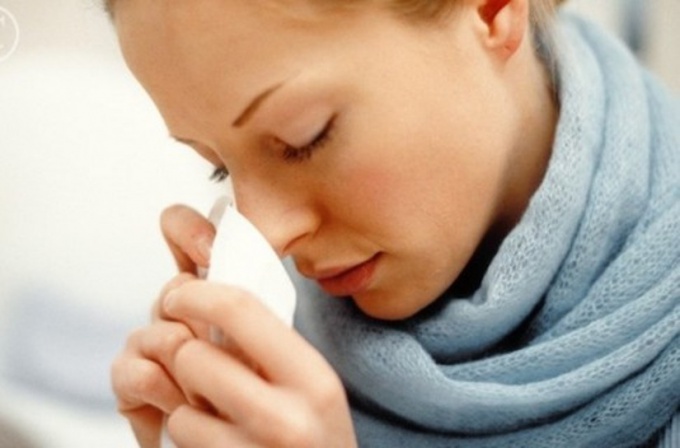 Related articles:
You will need
Instruction
1
The problem of nasal congestion often passes after the treatment of colds and runny nose. Because she is not only a large amount of mucus in the nose during acute colds, but also swelling of the mucous membranes. Quickly eliminate the swelling of the nose with a cold using decongestants. But the effect of these funds lasts only a few hours, and therapeutic actions, they do not have. But prolonged use of such medicines lead to addiction – then without them, a person is unable to breathe properly.
2
Aside from colds, nasal congestion can occur due to various allergic reactions, chemical exposure and autonomic disorders. Therefore, in order to eliminate the swelling in the nose, we need a comprehensive approach. That is, in addition to relieving the swelling of nasal cavity it is necessary to eliminate its cause.
3
For the treatment of swelling of the nasal mucosa used anti-inflammatory and anti-viral drugs, if necessary, they complement the anti-allergic and other drugs.
4
Folk remedies to relieve swelling of the nose following:Wash your nose with water, which dissolved the sea salt. Another composition for nasal lavage: water, salt and 2 drops of iodine. For washing it is convenient to use a syringe without a needle.
5
Do herbal inhalation for nose with a few drops of oil of eucalyptus and pine.
6
Boil hard-boiled egg. A little cool, to avoid burns. Wrap it in a cloth or towel, apply to your nose , and hold until cool.
7
Take internal remedy for edema. It could be a diuretic tea. Well excrete the excess fluid green tea, coffee, lemon and green apples.
8
Before bedtime on the nose, you can apply a light iodine mesh. The strokes should be thin so as not to burn the skin. If the grid is fine, the next morning it does not remain any traces.
9
If swelling of the nose persists and is accompanied by headache, fever and other symptoms, you should immediately contact the doctor.
Is the advice useful?
See also
Присоединяйтесь к нам
New advices