How to enroll in cadet schools

Gaining popularity of the desire of young people to link their future with the army. As a rule, there is a desire at an early age is the reason for admission to special educational institutions, contributing to the realization of the dream. Today, in the cadet school can do not only males but also girls. 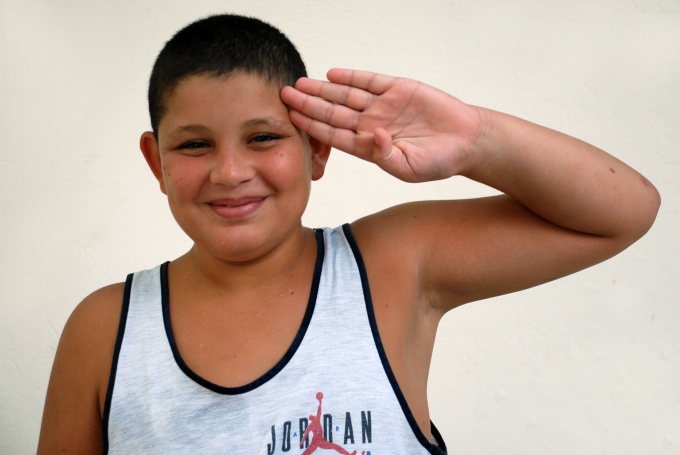 Related articles:
Instruction
1
First, you need to decide on the question whether there is a need to enrol in cadet school? Maybe it's a fad or just an imitation of the neighbor's party? If the child has clearly defined its aspirations, it is necessary to start preparing for school in advance. Well, if the family is military, or at school where she's a teenager, there are special cadet classes, preparing for further admission.
2
Further, study at your chosen institution, the list of necessary for the receipt of documents. This can be done in the open day, which is usually arranged in the first months of spring, in the military or on official websites in the Internet. The list contains a specific list, which typically includes information about the state of health, extract from the personal file of the student, a certificate of social status (an orphan brought up in a large family, etc.).
3
Second, you should provide curriculum vitae, a personal statement to the head of the school from the candidate cadets, notarized copy of birth certificate (at the time of admission the child should be less than 15 years), the original copy of report card with grades for the last three quarters of the school year, the pedagogical characteristics, certified by the stamp of the school and signed by the class teacher and the Director, four photographs, size 3*4, without headgear.
4
Must provide a copy of medical insurance policy that has to be notarized, certificate of employment of parents, which should specify the nature of their employment.
5
Learn can a child take advantage of the benefits upon admission. Typically, such information provides special Commission, which conducts testing and interview with prospective cadets.
6
It must be remembered that in the cadet school take boys and girls who graduated from primary school, stay in school non-stop, on full state support. Normally, parents are allowed to pick up the kids for the weekend, but each institution its own rules.
7
The graduates of cadet colleges can enroll in the Academy, the Academy of the FSB, Military University, Financial Academy under the Government of the Russian Federation on General grounds. No benefits for admission they have not, however, the obtained knowledge enable them to get to the chosen higher educational institution without much difficulty.
Note
In Moscow, the cadet movement began to develop in 1992. With the support of community organizations began to establish military and military and naval circles, which eventually became known as "classes." Basic functions for the management of cadet educational institutions and education of students perform reserve officers, part of whom were graduates of Suvorov and Nakhimov schools.
Useful advice
By order of the Minister of defence of the Russian Federation of 25 April 2013, Moscow "About modification of Typical position about presidential cadet, Suvorov military, Nakhimov naval, military music schools and cadet (sea cadet) corps, administered the recruitment of candidates in the Tyumen presidential cadet school in 2013 will be organized in accordance with this order.
Is the advice useful?
See also
Показать еще
Присоединяйтесь к нам
New advices