How to cook the belyashi with meat

Belyashi is a traditional dish of Tatar cuisine. This fried pies with juicy fillings of minced meat. Try to cook them at home, treat yourself and your guests a delicious and hearty appetizer. 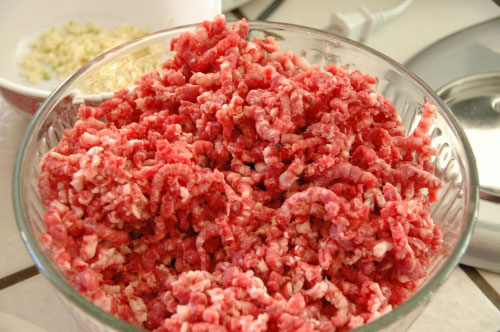 Related articles:
You will need
Instruction
1
Dissolve yeast in warm milk or water with sugar and let stand for awhile to let the yeast dissolve. At this time in the milk, add the yolk of one egg. You can put the whole egg, but the protein can make the dough tough. Whisk milk with egg and add to the mixture the yeast. Throw a pinch of salt. And then, gradually adding flour, knead nekrutoe dough. The resulting dough is put in a deep bowl and leave it to rise for some time – 30-40 minutes.
2
Now it's time to prepare your toppings. Traditionally used for bleaching ground beef, but you can use a mixture of beef and pork, then filling will be more juicy and tender. Finely chop the onion. Divide it into 2 parts. Add in one minced and the other first fry in vegetable oil until Golden brown and then put in the filling. Add salt and pepper to taste.
3
When the dough has risen, divide it into several pieces and roll out to a thickness of 0.5 cm the Upper part of the glass cut out circles with a diameter of 6-8 cm Obtained pellet dip in flour so that they can work and put on the middle of each stuffing. Now you need like to clip the edges so that the center remained a hole.
4
Heat in a deep frying pan sunflower oil over medium heat. The oil can be poured more to 1 cm or above. Put in a pan belyashi hole down and fry until the patties are thoroughly browned. Gently turn over and fry second side. There is a little trick in the process of cooking in a hole tat spoon pour boiling oil from the pan, then the filling is definitely cooked through. Ready belyashi put in a pan and cover with a lid, then the patties will be soft. The dish can be served on the table.
Note
To keep the stuffing was dry, when preparing the stuffing add a little water.
Useful advice
To give the meat stuffing flavor and zest, add the minced chopped cilantro.
Is the advice useful?
Присоединяйтесь к нам
New advices