How to check density of the battery

There are many different factors that prevent the factory car engine. One of them is the battery. But not all know about charging the battery can be judged by the density of the electrolyte. How do you determine this density? 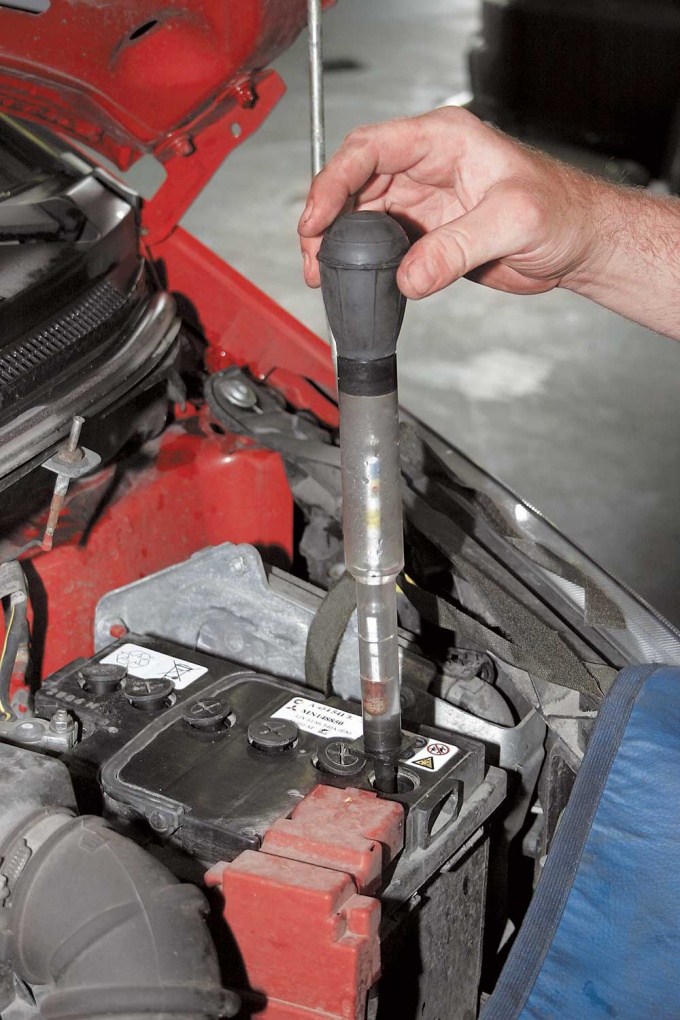 Related articles:
You will need
Instruction
1
Measurement of density of electrolyte of the battery must only be produced if since his charge was not less than 6 hours. First you need to Unscrew all of the plugs of the battery cells. 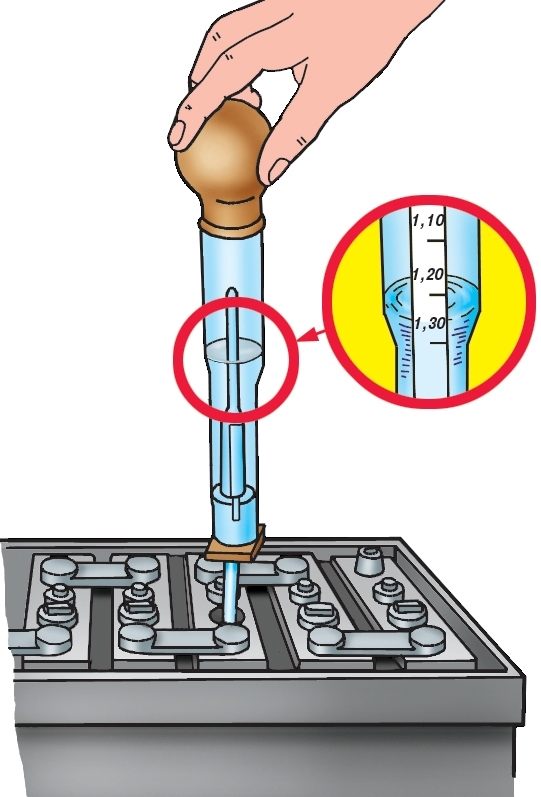 2
Take a measuring device, which is called cyclotomic and drop it vertically holding in the battery cell. The device is a glass bulb within which is a float – hydrometer with scale graduations, and at the end of the device has a rubber "pear", serving for the selection of the electrolyte. With its help, dial the desired amount of acid, which allows the hydrometer to float freely. Look at the scale of the instrument, take readings. The electrolyte with high density float will float above. The unit of density is kilogram per cubic decimeter, liter.

3
Compare our readings with the data from the table, previously calculated by experts. If the battery is operated in areas with normal climate conditions, its density should be not less than 1.24 kg per liter. The difference of measurements in the other battery cells is not more than 0.03 kilograms per liter. At low density, you must charge the battery. 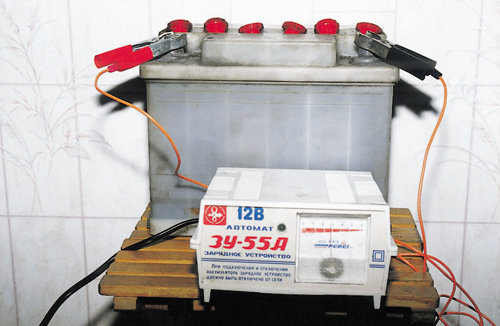 4
Upon receipt of a satisfactory testimony to tighten the plugs. You need to use native for your battery plugs that should have a gasket.
5
If the readings have not reached nominal values, replaceable battery.