How to make a Jason mask

Probably many of you would like to have a home mask Jason Voorhis, a character in the movie "Friday the 13th" to scare or to amuse their friends on some event, for example, on Halloween. Where can I get such mask? It is quite possible to make your own hands. 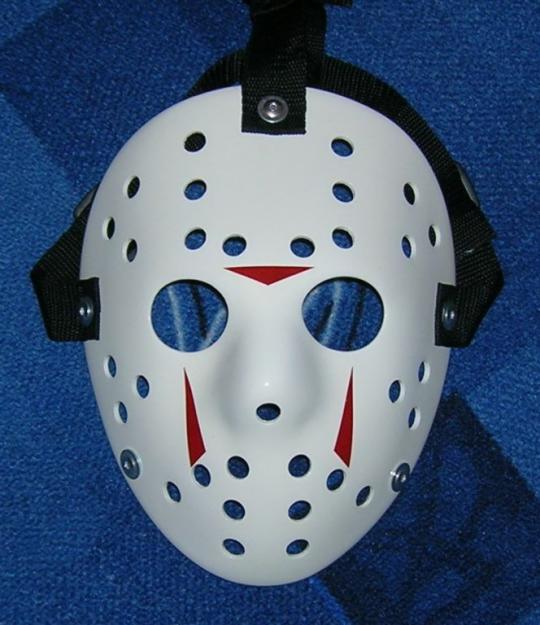 Related articles:
You will need
Instruction
1
So, to start, take a mask-based and glue it with plasticine to make the shape of the future mask of Jason. Then clay stick masking tape and cover the blank plaster. Masking tape is necessary to, first, the cast had no particle of the clay, and secondly, that the mask was smooth on the inside.
2
Dried plaster blank again, coat with a thin layer of clay in order that subsequent layers of paper better mix with surface. Next, start to do to form a mask using the technique of papier-mâché: place a layer of small pieces of paper soaked in water, then a layer of PVA glue. After a couple of layers of paper better lay in a layer of bandage, impregnated with adhesive so the mask will be stronger. The top layer, run from the dense white paper. And remember that harvesting should not be too thick and 3-5 mm is enough.
3
After the papier-mache dries, cut holes for eyes and using a drill make small holes in pattern mask. Then the inside of the eye holes, close the flaps of black nylon – so that your eyes could not see, when you put on the mask. Then use the bolts to attach the elastic band that holds the mask on the head. Now you only have to paint the mask in white and using a stencil to make the red markings.
Is the advice useful?
See also
Подписывайтесь на наш канал