How to make nose smaller

Most women in varying degrees unhappy with their appearance. Some say small eyes, others would like to have plump lips, others dream about a neat undernotes the nose. Today, however, many women have learned so skillfully apply makeup that these shortcomings seem to them the only unpleasant detail. If you have a really wide, long or just a big nose, then you can help in its correction can usual Foundation. 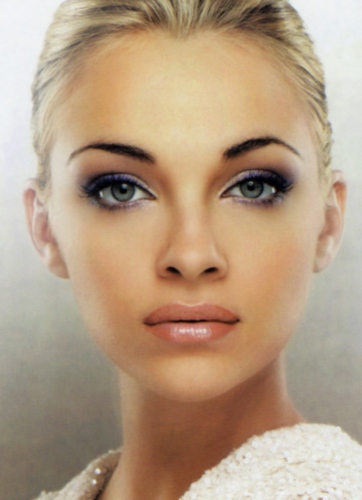 Related articles:
You will need
Instruction
1
Apply to face tonal Foundation. For this you can use a makeup sponge or a special brush.
2
Now for the correction of the nose. Long been known that dark colors will significantly reduce the volume, but light, on the contrary, increase. Thus, if you want to make the nose thinner, the dark tone should be applied to the wings of the nose, and the light on the back and nose.
Girls who want to hide the long nose, you need to darken the tip of the nose and a little Sassetot nose.

But those who wish simply to make the nose smaller, better to just cover it with Foundation which is darker than the main no more than a half tone.
3
In conclusion, it is important to smooth out all the edges, to make it look as natural as possible. To do this, take a makeup sponge, dampen it with water and remove any excess Foundation.

You can then use a compact powder. It will consolidate result and will not allow the makeup to "leak".
Note
To the nose it seemed proportionate face you can use makeup to try to increase the size of the eyes, lips, and lengthen eyebrows. Thus, the nose doesn't look great, but will only harmonious addition.
Useful advice
To visually reduce the nose and hair. If you want the nose was less noticeable, it is best to forgo bangs and open face. It is desirable to have lush hair, long or medium length hair. The haircut can be shortened, but in this case it is better to make the volume on the nape.
Is the advice useful?
See also
Подписывайтесь на наш канал