A Cup of aromatic coffee or sweet tea is perfectly refreshing in the morning. These drinks are an essential part of any Breakfast. When a woman finds out about her interesting position, begin to worry about questions about the benefits and dangers of certain products, so a natural question is, is it possible to pregnant drink coffee and tea. 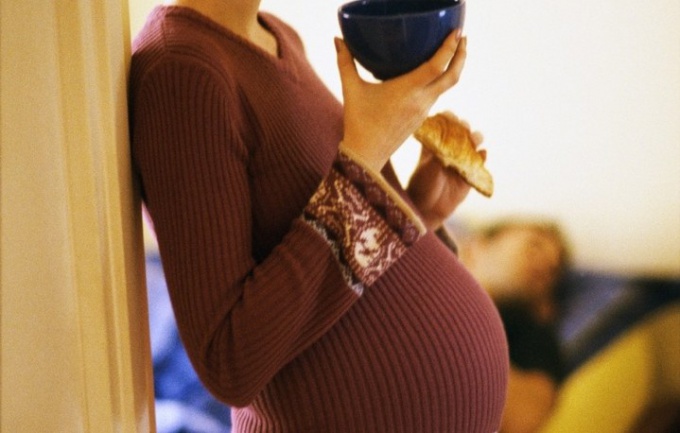 The caffeine in coffee, small amounts can harm the body pregnant can't. But in the frequent use of coffee there is the risk of disorders in the development of the fetus. Some studies talking about the harmful effects of caffeine on the nervous system developing in the womb of the child, emphasized the relationship of drinking with miscarriages and premature birth.

To answer the question, can pregnant women drink coffee, it is necessary to consider the influence of active substances on the organism of the mother. So, caffeine excites the nervous system, increases blood circulation, increases the pressure in blood vessels. If a woman during pregnancy suffers from headaches resulting from low blood pressure, the use of small amounts of weak coffee may even be beneficial, but during preeclampsia from him should stop.

Coffee has a diuretic effect, so in the later stages of pregnancy a woman can deliver the discomfort associated with the already speeded-up urination. Instant coffee may due to high acidity to cause heartburn.

Better during pregnancy instead of coffee to drink beverages substitutes that contain no caffeine. And if you still really want to enjoy the taste and aroma, coffee should always be diluted with milk or cream.

If a woman is in the situation it is not recommended to drink coffee, can pregnant woman drink tea? With this drink to overdo it and not worth it, because it contains the equivalent of caffeine. A particularly large concentration in green tea. Therefore, doctors recommend pregnant women to go for herbal teas and decoctions of the dried fruit.