How to prune roses

The care of flowers is a great pleasure to the gardener. Shrub roses are beautiful in themselves, but they, like diamond, you need to make the right cut, that they seemed in all its glory, and for this they need time and correctly cut. 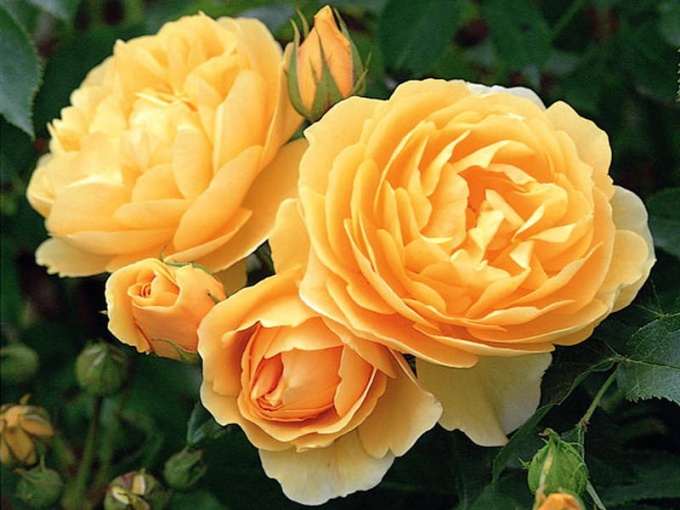 Related articles:
Instruction
1
In the spring, when frosts are retreating, with roses remove winter shelter and cut the bushes. Pruning is needed to stimulate growth and development of plants, abundant flowering.
2
You first need to remove all the weak, old and damaged by disease or frost shoots. All the others need pruning steps. A mistake many gardeners is pruning all shoots to the same height. In the end, the branches interfere with each other and compete for light. Need sharp pruning shears, a hacksaw or a thin knife. Make a smooth cut at 5 mm from the kidney obliquely.
3
How much of the cut stems, is determined depending on the kind of roses:* Remontant roses thinned out, the strongest shoots are cut slightly: the main leave 10 buds, others – 6. Such trimming provides second and third flowering for the season. All branches older than 3 years should be cut completely, as to bloom, they will not.* Park roses give blossoms to a two-or three-year branches, so these branches are not pruned, but only thinned, removing diseased and weak shoots.* Tea roses and roses floribunda can bloom literally for any escape. So that the Bush is not exhausted, keep the bushes vigorous shoots to 4-6 buds, dwarf – 3 buds. * Polyanthus roses even more precocious. Many varieties of polyanthus roses are much branched, forming many small flowers in first to third order, which gives them a long continuous flowering. They need to be cut very short, leaving 3 buds on the shoot.
4
When roses Bud, the shoots are cut, capturing the dried Bud and 2-3 leaves. As a result, the hive started up again in bloom. If you want roses bloom profusely and for a long time, cut the fruits as they take a lot of strength in plants. Summer is also the need to regularly remove shoots that appear on flowering branches and wild growth. So you will greatly increase the quality of flowering of variety and grafted roses.
Is the advice useful?
See also
Присоединяйтесь к нам
New advices