How to swing the biceps without dumbbells

The biceps - one of the first things you notice when your training novice athletes. Large, powerful biceps is the dream of any man. In order to pump up the advantages of their recommended weights. But if the possibility to use them not, it is possible to swing the biceps without dumbbells. 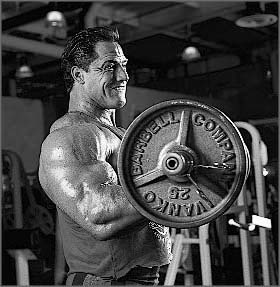 Related articles:
You will need
Instruction
1
Use E-Z rod. Due to the curved fretboard, it makes for a more comfortable position of the brush rather than straight rod. Take her straight grip. Stand up straight, shoulders laid back. Raise the barbell to touch the fists of the clavicle. Slowly lower it. Repeat this exercise six approaches seven or eight repetitions.
2
One of the possible ways of pumping biceps is the bar. With a high quantity of repetitions and approaches, as well as when hanging the weights to the belt you can increase the biceps, using either direct or reverse grip. Grab the bar narrow grip and pull slowly, controlling the movement of the entire amplitude. Of key importance in this exercise is focus on the implementation of it is the biceps muscles. Make seven or eight approaches for ten to twelve repetitions each.
3
If both methods above are not possible, use a straight barbell. Pick it up easy grip and lift using the same technique as you would with E-Z barbell. With effort strain the biceps. Do five or six approaches, each with eight repetitions.
Useful advice
One of the secrets to allowing the biceps look more impressive, is the narrow waist.
Is the advice useful?
See also
Подписывайтесь на наш канал