How to measure the head circumference of the child

The child in the first months of life must be regularly show pediatrician. The doctor followed, not only for baby's health and development. An important indicator of physical development is a change in the circumference of the head. Too fast or too slow growth of the head may indicate serious diseases. As a rule, monitoring by a pediatrician is enough. But concerned parents can and do measure your baby. 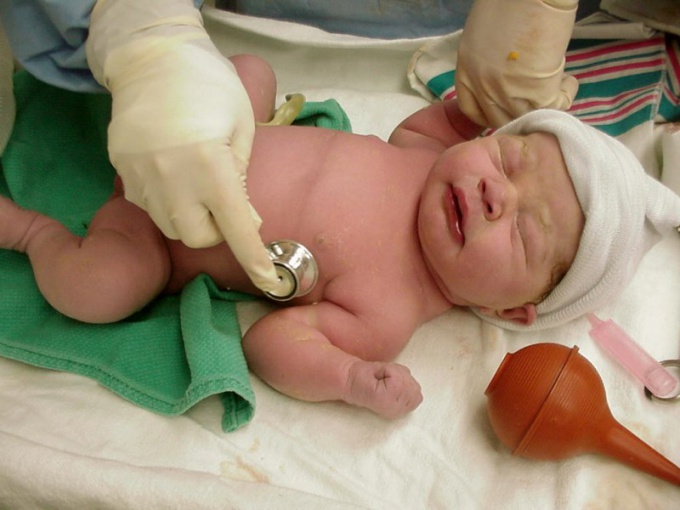 Related articles:
You will need
Instruction
1
To measure the circumference of the head fit usual measuring tape used by tailors. It is only necessary that the numbers were written clearly enough. Please note that sides of the tape differ. Standard sewing centimeter two zero. So it's important to tape in the process not tangled.
2
Measurement is best done with an assistant. Let someone from the household will take the kid on hands. Remove the fat cap, thin to leave. To measure a newborn baby can be as during sleep and in moments of wakefulness.
3
Apply the zero mark of the centimeter to the back of the head of the baby, a little above the nape. Hold the end of the cm with your finger. Circle the tape over the ear, the eyebrows, the second ear. The tape must not drape or hang too loose.
4
View result and write it down. Compare your data table with the result of the previous measurement. If there is considerable variation in the rate of growth, contact your pediatrician. The average growth rate of the skull suggests that the brain of the baby is developing in full accordance with age and performance. Excessive gain can be a symptom of hydrocephalus and other diseases.
5
After a year the head can be measured not so much. Usually such measurements are carried out every six months. In the second year of life the circumference of the head increases on the average on 1,5-2cm, and between two and three years the change is only 1cm or a little more.
Useful advice
In children the first year of life the head grows pretty quickly. Its circumference is increased by an average of 1cm per month. But the increase is uneven. For example, between the first and second months of life, the girth increases by more than 1cm, and between the fourth and fifth — only a few millimeters. The growth rate depends on the individual characteristics in table are averages. The head circumference girls are usually a little less than the boy of the same age and approximately same height.
Is the advice useful?
See also
Подписывайтесь на наш канал