How to cook a Turkey experienced cooks

Meat turkeys - a dietary product, because of its low fat content, high protein content and minerals. Of boiled meat you can cook the broth, jelly and a lot of delicious dishes based on it. 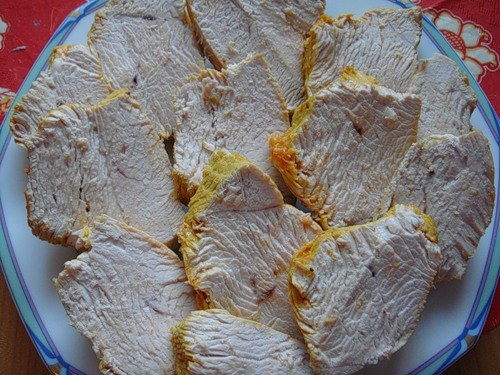 Related articles:
You will need
Instruction
1
Cook the Turkey, cut it into pieces like a chicken: separate the wings, thighs, then the breast from the back. An ordinary idea is a quite large bird, so cook it entirely uncomfortable, and even breast and back it is recommended to divide into two parts.
2
Lower cut meat into cold water and simmer for one and a half hours. To prepare the broth for aspic, extend the cooking time up to two hours. In a saucepan, add the roots and spices (after boiling and removing the foam) to make the broth flavorful, as the meat itself Turkey will give the soup a bright flavor.
3
Use, for example, parsley root, Bay leaf, black pepper, onion, carrots.
4
Prepare the croquettes of boiled Turkey: finely chop the boiled meat and half the onion. Melt two tablespoons of butter in a small saucepan and sauté onion for 5 minutes over low heat. Add the flour, stir and keep on heat for another three minutes.
5
Add to the mix the milk and chicken broth, cook, stirring, until thickened, about three minutes. Remove the saucepan from the heat, add the chopped Turkey, mashed potatoes, ground red pepper, salt. Cool and refrigerate for two hours.
6
Mix two eggs with one tablespoon of water and lightly beat with a whisk. Form of chilled mass of small balls, roll in a little flour, dip in egg mixture and roll in breadcrumbs.
7
Prepare the sauce: finely chop apples, sprinkle with lemon juice, chop some green onions and a pod of hot pepper. Mix in a bowl the apples, raisins, hot peppers, honey. Salt and mix, refrigerate for one hour.
8
Serve the croquettes with the sauce. You can fry them in vegetable oil, but if fried foods are undesirable, just heat before serving in a microwave oven.
Is the advice useful?
Подписывайтесь на наш канал