How to cure the gap sveaskog

A ligament is dense bundles of connective tissue that connect bones and hold in place the joint. When you stretch the ligaments, the connective fiber completely or partially broken. 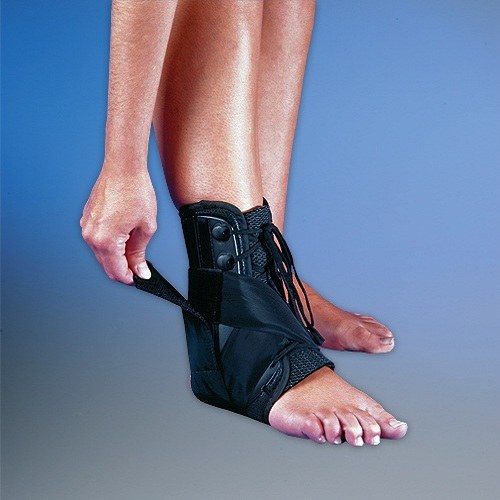 Related articles:
Instruction
1
To determine the presence of sprains you can by severe pain in the joints after any injury. Rarely, but still sometimes the pain does not occur immediately, but after a while there is swelling in the damaged area, the lack of mobility of the joint, and then comes the pain.
2
A sprain is different degrees of severity. First, mild, characterized by their damage on a small area, not a severe pain and a slight swelling or even lack of it. Second, the average degree is characterized by partial tearing, moderate pain and swelling of the joint and the appearance of a bruise. Third, severe degree, is characterized by complete rupture of the ligaments and severe symptoms. This injury is very dangerous.
3
For sprains of any severity, the victim is the necessary first aid. With the right rendering the possibility of any dangerous consequences from injuries (for example, the formation of weak and prone to damage of the joint) will be minimal.
4
The victim sit or lay, and damaged the leg or arm ensure immobility. Then put on the injured joint tight bandage. Use an elastic bandage. If there is a clear suspicion of a ligament rupture, construct a makeshift splint, which can serve as a plate, a ruler or something like that.
5
On the injury, put ice or soaked in cold water towel. Cold can reduce swelling and relieve pain. To prevent swelling, the injured leg or arm of the victim position above its usual position.
6
A great remedy for sprains are creams and gels, which include diclofenac, indomethacin and ibuprofen. Ointment or gel rubbed into the skin at the site of injury and then cover with dry warm bandage.
7
When the first and second degree sprains great help physiotherapy, which are performed in a medical facility. In addition, after the swelling subsides and the pain, the doctor may prescribe special exercises and anti-inflammatory drugs or corticosteroid injections.
8
In case of a serious sprain or total ligament rupture surgery performed on their stitching. But in mild and moderate stretching all the signs, usually resolve after 1-2 weeks.
Is the advice useful?
See also
Подписывайтесь на наш канал