How to pull the body of the car

Pulling the body is quite time-consuming process. However, there is a method for carrying out this operation with the use of coins. It does not involve drilling holes in metal. This method is especially good to use in places where the metal is thin enough. 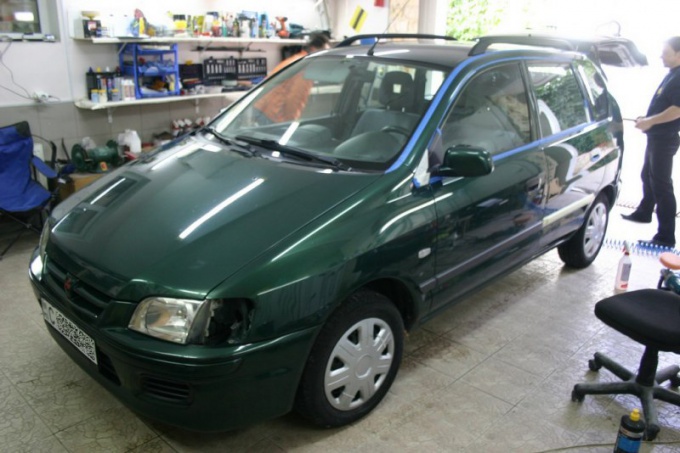 Related articles:
You will need
Instruction
1
Cut the welding electrode with a diameter of three mm into equal parts, the length of which is identical to the depth of the dent. Then solder them to the coins and let them cool. To contact was more durable, make a sweep the opposite side of the coin until smooth. This will help to increase the contact surface, the point of the coin. For all the work you have enough 5-6 thin electrodes.
2
Remove all dirt, paint, rust or grease from the place of the dent using a grinding machine. Will saladita completely this area with a brush with steel wire and a propane torch. Perform the same operation and with each coin. This procedure tinning tank is preceded by a process of soldering electrodes to the dent.
3
Apply the solder on the damaged area using a small welding torch. Cleaning is also brushed with a steel wire. Once you are able to zaludit coins and metal press to the surface of the panel value.
4
Solder the rods to the deepest areas of the dent. After soldering remove the side burner and allow time for solidification of the solder. Once all the coins are soldered around the perimeter of the dent, pull it out using pliers.
5
Grab each lead in turn and pull him up. If not, then put the logs of wood along the area of the dent. Then bend the electrode above the level of mites and use them as a lever, and a bar – like support. This will help to increase the pull force. As soon as you pull out the dent to the desired shape, preheat coins and remove them from the metal. Treat the entire area with the help of a grinding wheel and a file.
Note
To learn this technique, you will need to pull one dent. In practice you will see that it is possible to apply other techniques. Always work slowly and observe the safety rules. You will be able to quickly pulling this technology over time.
Is the advice useful?
See also
Подписывайтесь на наш канал