How to decorate the veil

If comfortable and familiar blanket ceased to harmonize with the design of the room after you changed the curtains or furniture, do not rush to the store for a new thing. A simple trim can revive a boring subject and bring his style to the new design space. 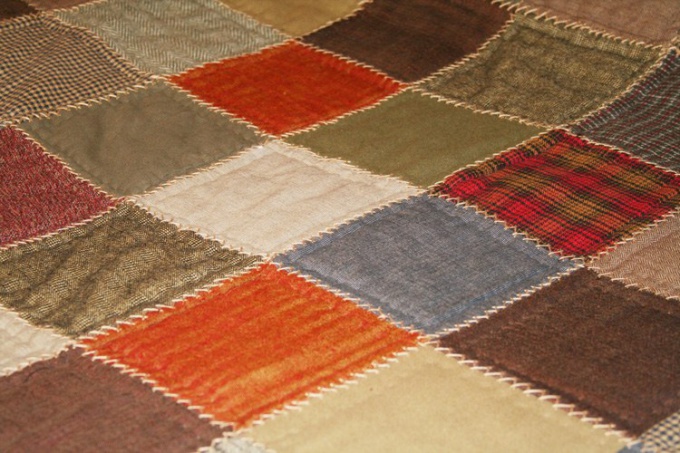 Related articles:
You will need
Instruction
1
One of the simple ways of decorating the covers is to finish its edges. For this you can use fabric, decorative braid, a thick woolen threads or fringe. For processing edges of the fabric to get the bias tape or cut from a strip of suitable material.
2
Take a break from the fabric strip at an angle of forty-five degrees to the grain lines. The width of the finish will depend on the thickness of the veil. Fold the fabric in half width right side out and iron. Fold one of the edges of the strips of about half an inch inside and again Tutuila. All of these operations are not required, but the piping is prepared in such a way to sew much easier.
3
Attach the front trim to the wrong side curtain and align the edges. Pristrochite finish at the distance of half a centimeter from the edge. Spread your fabric strip so that its bent edge formed over the front side of the bedspread and sew the trim along the turned-in edge.
4
Wide decorative elastic enough to fold in half, insert the edge of the curtain between the two halves of the braid so that it rested in the crease, and stitch along the edge of the braid.
5
Wool blanket can be decorated, finished edge overlock seam. This will require a sewing needle with a large eye and thick woolen yarn. Since the edge of the finished blankets are already processed and flaking, blanket stitch will carry a purely decorative function. After work you might find that the stitches at the beginning of the edge is much shorter than the joints, which processed the other end. To avoid this, soap or tailor's chalk swipe the blanket line, a distance of stitch length from the edge.
6
Instead of fringe, which is often used in the finishing of the edges covered, but not always appropriate, you can use POM-poms made of yarn. To make a pompom, cut out of cardboard two identical rings. The outer diameter of the cardboard base will correspond to the diameter of the future POM-POM, and the inside of his splendor. Put one ring on another and wrap them with thread, threading a ball or coil through the middle of the ring.
7
Thread the blade of a knife or scissors between the rings and cut the threads along the outer circumference of the workpiece. A strong thread, threaded between the layers of cardboard, tie the pompom in the middle and remove the workpiece. The finished balls of yarn, you can sew around the edge, and if you have enough patience and threads to manufacture the required number of POM-poms, they can decorate a blanket over the entire area.
Is the advice useful?
See also
Подписывайтесь на наш канал