How to make a kitten with a dog

Most of the animals in the wild, trying to avoid contact with members of other species. Different Pets also are not always able to live under one roof. How to make friends with the dog a little kitten? 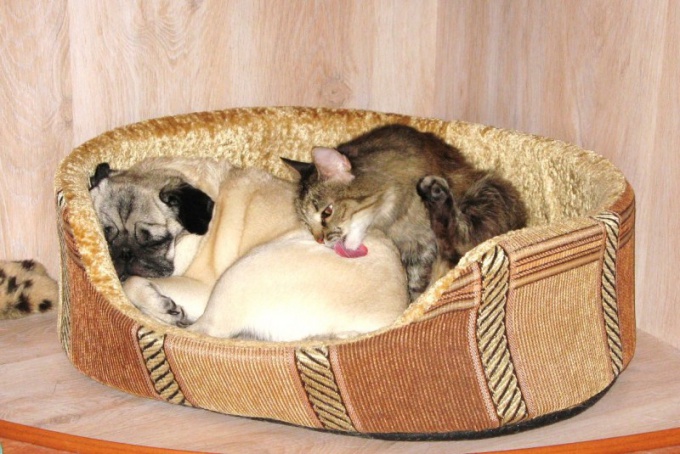 Related articles:
Instruction
1
If having an adult dog, you decided to bring home a kitten, keep in mind that for most animals it is the stress, and sometimes serious danger. Typically, the host feels a pet that appears first in your family. Easier when your dog is well socialized and you'll be well-adjusted, sociable disposition. This dog can get along with any living creatures, he may even make friends with the kitten. Cats are much more individualistic, but they can be good neighbors to other Pets.
2
True friendship between animals of different species is very rare. But mutual tolerance, shared interest in games, the absence of conflicts between household Pets is very real. However, some precautions are required. Monitor the process the first meeting of a kitten with a dog. Don't force Pets, give them the opportunity to first study each other at some distance, and then quietly sniff.
3
Select for each animal a place to sleep, a bowl for food, to prevent conflicts between them in the struggle for property. At first, feed the Pets in the same room but in different places. Thus the pet will gradually get used to the smell of each other, associating it with something positive. Dogs usually eat food faster, leaving his bowl empty. Cats often do not eat enough food. So remove the bowl of the kitten after he ate to avoid eating dog remnants of cat food.
4
Pay equal attention to both animals, not to give them a reason for rivalry and jealousy. Accustomed to each other's Pets often play and sleep together. Heat-loving cats use the dog as a "live warmer". At the same time, licking his fur, clean the members of the cat family often begin to wash the dog.
Is the advice useful?
See also
Присоединяйтесь к нам
New advices