How to find the stiffness coefficient of the spring

From the point of view of classical physics, a spring can be called a device, which accumulates potential energy by changing the distance between the atoms of the material from which the spring is made. Referring to the perceived load of the spring differenziata on: springs, compression springs, bending springs, torsion and spring tension. In characterizing each of these springs is of great importance to the ratio of its stiffness. 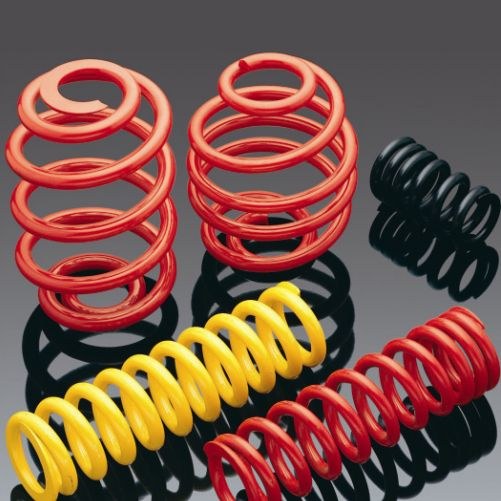 Related articles:
You will need
Instruction
1
Please note that during the deformation of the springs occurs the force tending to restore the original size and shape of the body. This force is caused by electromagnetic effects between the atoms and molecules of a substance from which made the spring. This force is called the elastic force. The simplest form – deformation tension and compression.
2
Will mount vertically one end of the spring, the second end Express free. Use a ruler to measure the length of the spring: the result write down in a notebook, setting it to x1.
3
Hang onto the free end of the spring gold load and re-measure its length. Obtained during the measurement the result write down in a notebook, setting it x2.
4
Calculate the absolute elongation of the rod, which represents the difference between x2 and x1. At small strains or compressions of the spring the elastic force is proportional to deformation: it is aimed in the opposite direction from the movement of the particles in the body under deformation. That is, Fупр = |kx|, where k is the coefficient of rigidity. This ratio expresses the essence of Hooke's law. So to find the coefficient of rigidity of the spring, should the stretching force of the body divided by the elongation of the spring.
5
Not knowing what is the tensile force of the spring, it is impossible to calculate the ratio of the stiffness, so find the stretching force. Elastic force or tension balances the force of gravity acting on the suspended load. This force arises solely under deformation of the body. So, Fупр = - N = -mg. It follows that mg = kx. And hence k = mg/x. Substitute the known values into the formula and calculate the coefficient of stiffness of the spring.
Note
Remember: substitute in the formula for the value transferred should be in the SI system.
Useful advice
The stiffness coefficient of the spring depend on the material from which made the body, and spring length and shape.
Is the advice useful?
See also
Подписывайтесь на наш канал