How to apply red pepper

Red pepper is called dozens of different types of spicy hot Cayenne peppers, also known as chili peppers. It can be meaty habanero or a tiny, but no less "evil" pepper bird's eye, like a bullet or perky pepper Serrano Chile Willy, causing confusion with some of the ladies. Red pepper is used fresh or dried. 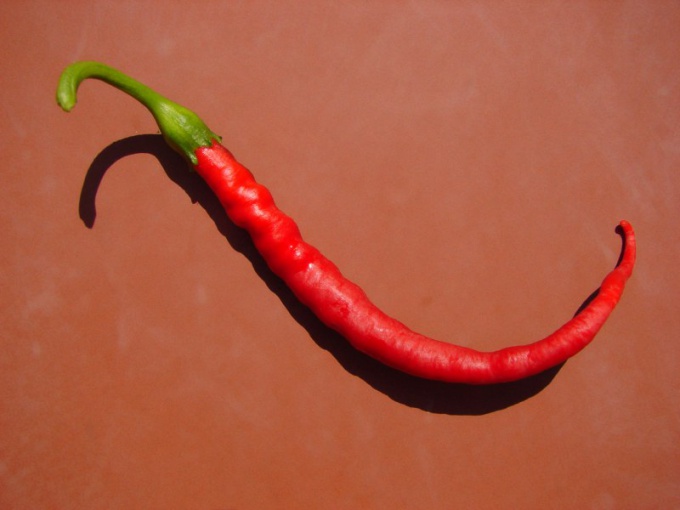 Related articles:
Instruction
1
Before you can use red pepper, it is very important to determine its grade. All peppers contain a burning substance capsaicin, but each varieties of content it different. In 1912, pharmacist Wilbur Scoville invented a test to measure the sharpness of pepper. On the basis of this test was created same scale, which is used until now. Pungency pepper Scoville, for example, from 0 to 100, and like him fleshy wrinkled habanero she surpasses 50,000 units.
2
Hungarian peppersare Long, tapering cone-shaped pepper with walls of medium thickness. Is not only red, but also pale yellow, yellow, pale green. Used for canning, chutney, salsa and fried foods. Dried Hungarian peppers in our country known as paprika. Put it in the famous Hungarian goulash. The stinging of from 1 000 to 5 000 units.
3
Jabberocky round wrinkled pepper with a fruity taste. The stinging of from 8 000 to 60 000 units. It is made of Tabasco. Use this pepper very sparingly in fresh salsa, ceviche, spicy sauces, curries and Caribbean dishes.
4
Cherry Chile Similar to tomatoes pepper. Heat from 5 000 to 8 000. These peppers have a rich sweet taste and they are perfectly combined with cheese, they put them in meat stews and used in pickles.
5
Long and thin Anaheim pepper with thick walls and two compartments. The stinging of from 1 000 to 8 000. They can be fried and stuffed, add chopped in dishes of different national cuisines. Dried this pepper put into soups, added to stews, seasoned with various garnishes.
6
Santa Technicheskie peppers with walls of medium thickness. Heat from 5 000 to 60 000. Use them in tacos, guacamole and quesadillas, marinated peppers pripravljena roast.
7
Cayenne pepperLong, curved peppers with thin, wrinkled skin. Can also be green and purple. Heat from 5 000 to 60 000. Most often used dried. It is added to marinades, pizza sauces, soups, curries and stir-fries.
Note
Prepare hot peppers always wear gloves. Avoid to touch your hands in these gloves to bare skin, in any case do not touch the mucosa. It is best to protect your eyes by wearing special glasses.
Useful advice
If you want to reduce the pungency of fresh pepper, remove seeds and partitions.
Is the advice useful?
See also
Подписывайтесь на наш канал